Home Archives Profile Subscribe
Imagining the cosmos before there was one: 3-28-19
Imagining Tibetan Buddhism after the Dalai Lama: 3-30/31-19

There's been so much serious stuff happening in the world recently that unless we take a humor break, we're likely to implode or explode or just plain plode. 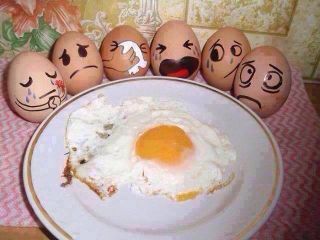 So to help all of us out, I offer these non-original faith-based jokes today. You're welcome. Pass 'em on. But don't tell anyone that I made them up because I didn't. Had I made up the jokes here they'd have been funnier. Maybe.

In any case, here we go:

-- What would the Bible say if it had been written by today's college students?

Instead of God creating the world in six days and resting on the seventh, he would have put it off until the night before it was due and then pulled an all-nighter.

The Last Supper would have been eaten the next morning -- cold.

The Ten Commandments would actually be only five -- double-spaced and written in a large font.

A new edition would be published every two years in order to limit reselling.

Forbidden fruit would have been eaten because it wasn't cafeteria food.

Paul's letter to the Romans would become Paul's email to abuse@romans.gov.

The reason Cain killed Abel: they were roommates.

The reason Moses and followers walked in the desert for 40 years: they didn't want to ask directions and look like freshmen.

-- Three sons left home, went out on their own and prospered. They discussed the gifts they were able to give their elderly mother. The first said: "I built a big house for our mother."

The second said: "I sent her a Mercedes with a driver."

The third said: "You remember how our mother enjoys reading the Bible. Now she can't see very well. So I sent her a remarkable parrot that recites the entire Bible. It took elders in the church 12 years to teach him. Mama just has to name the chapter and verse and the parrot recites it."

Soon thereafter, their mother sent out her letters of thanks.

"Milton," she said, "the house you built is so huge. I live only in one room, but I have to clean the whole house.

"Gerald," she said, "I am too old to travel. I stay most of the time at home so I rarely use the Mercedes. And that driver is so rude! He's a pain!"

"But Donald," she said, "the little chicken you sent was delicious!"

-- Finally, a few examples of church signs that caught the attention of people:

Two young film-making brothers are turning a story from the book of Hosea in the Hebrew Bible into a movie called "Sinners Wanted." It's about a prostitute. And God's grace. And I'm anxious to see it.