Is Islam compatible with religious freedom? 2-7-19

Before I retired from full-time work at The Kansas City Star, I attended a conference in the Washington, D.C., area that looked at the question of whether Islam was compatible with democracy. We heard differences of opinion about that from various alleged experts, but, in the end, the obvious conclusion was that there was nothing within Islam that would deny the possibility of a predominantly Muslim nation being a democracy. 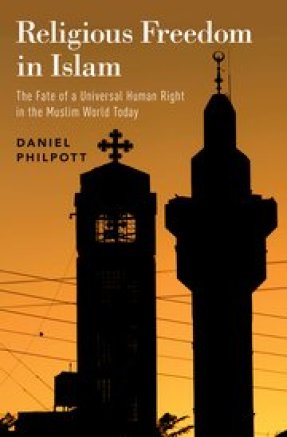 A tangentially related question now is the subject of new research by Daniel Philpott, a professor of political science at the University of Notre Dame. He has sought to answer whether Islam is compatible with religious freedom.

His answer is a bit nuanced because it accurately reflects the complicated world of Islam. But he concludes that on the whole there is no reason to think that Islam is inherently opposed to religious liberty and, in fact, there are reasons to hope that such freedom can grow in predominantly Muslim countries.

The Notre Dame press release to which I've linked you describes Philpott's new book on this subject, Religious Freedom in Islam, and reports that he "finds that roughly one-fourth of Muslim-majority countries exhibit strong evidence of religious freedom. In the remaining three-fourths, he finds that 40 percent are governed not by Islamists, but by a hostile secularism imported from the West, while the other 60 percent are Islamist. Additionally, Philpott contends that 11 Muslim-majority countries are religiously free — far more than outliers — and that they are free not despite Islam but because of their very interpretation of Islam."

In such countries as Saudi Arabia, where religious freedom is little more than a dream, what keeps religious liberty at bay is not something inherent within Islam but, rather, the relationship religious leaders have created with the leaders of the House of Saud, which governs the country. When modern Saudi Arabia was created in the 1930s, the king worked out an agreement with Wahhabi religious leaders to let them define Islam the rigid way they wanted to in return for their political support of his government.

The result has been a nation bereft of religious liberty, unlike the 11 Muslim-majority country that Philpott describes as "religiously free." And why do those nations countenance such freedom? Because, he says, of the way they interpret Islam.

So just as there are many divisions within Christianity and Judaism that lead to different ways of thinking about religious liberty, the same is true with Islam.

In the end, I think Philpott is right to insist that religious liberty is a foundational human right that should be protected everywhere on the planet for everyone.

Although many observers -- to say nothing of Pope Francis himself -- have been downplaying expectations for the upcoming Vatican summit of bishops on the sexual abuse scandal, religion scholar and blogger Mark Silk says there are reasons to be hopeful. I'll cast my lot with Mark but expect to be disappointed. How's that for middle ground?