Home Archives Profile
What a new Christian sexual ethic might mean: 2-4-19
What happens when religion loses its place? 2-6-19 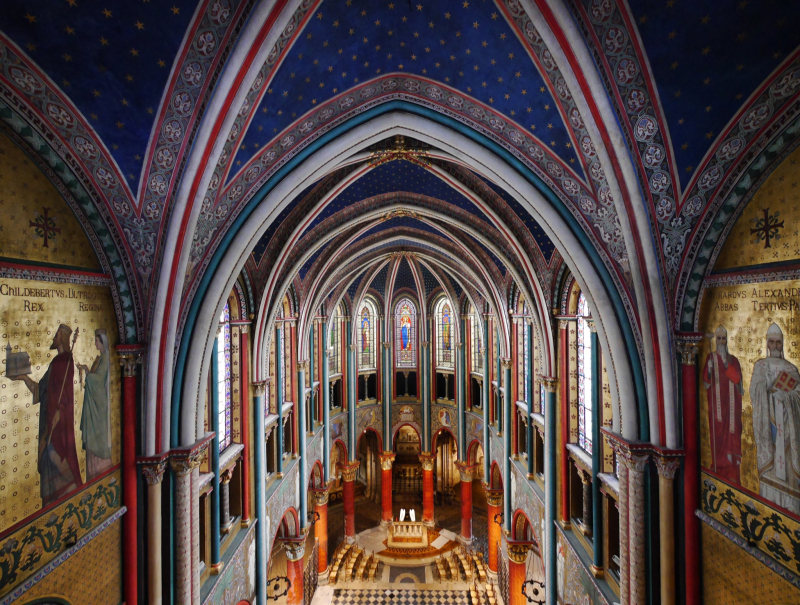 There is something about religion, about spirituality, about faith that drives people to create. Whether it's through music, art, architecture, literature or innovative charitable programs, people are moved to express their religious commitments in sometimes-audacious, elegant and graceful ways.

I think of the stunning stained-glass windows in the sanctuary of the church to which I belong, as an example.

Once such things are created, of course, they must be maintained. But here and there time and indifference or lack of resources get the best of things and what was created in beauty becomes dimmed and saltless.

That is what happened to a magnificent almost-1,500-year-old church in Paris, the Saint Germain des Prés Church. But the decline has been halted and now it's in the midst of a remarkable restoration, described (with photos) in this story on the FranceToday.com website.

Even in its state of decay, the story says, the church "has remained a steadfast symbol of Paris for visitors from all countries, faiths and walks of life."

But until recently visitors were confronted by a sacred space in deep trouble. As the story notes, "Until 2016-2017, when the restorations on the sanctuary began, visitors to the abbey received an almost paradoxical first impression: the steep, graceful uplift of its Gothic pillars and delicate vaulting in marked contrast with its dusky, vaguely brooding interiors. A dolorous effect was created by years of water damage and grime darkening the walls and arched stained glass windows – some dating back 1,000 years – and obscuring the exquisite decorative wall paintings and murals languishing from the 1840s restoration."

Americans have been among those supporting the restoration work. You can read about that -- and even contribute -- at this website.

One reason such historic preservation is important is that it allows us to understand more clearly where we came from and what our ancestors were thinking when they dreamed amazingly large and beautiful dreams. That, in turn, requires us to ask ourselves whether we are creating beauty or enlightenment in our time and place. And, if not, why not?

We may not need to build intricate and noble cathedrals to express our religious faith. But if we're not doing something creative, aren't we leaving our awe and wonder unexpressed? If so, what a shame.

The United Church of Canada has agreed to allow an atheist to continue to be pastor of one of its churches. This is one of those stories guaranteed to create endless debate. But it's also a chance to dig into profound questions, such as what, finally, it means to "believe in God." The caption under the pastor's picture in the story to which I've linked you says she "believes in neither God nor the Bible." What could it possibly mean not to believe in the Bible? I bet she even owns one or two. (I'm reminded of Mark Twain rebutting the charge that he didn't believe in baptism. “Believe in it? I’ve seen it,” Twain replied.) Speaking of how Christians are to understand the Bible, my own pastor focused on that question in this sermon this past Sunday. Deep and thoughtful stuff. Give it a look.