Home Archives Profile
Can American Christianity's racist history be overcome? 1-24-19
Is aid-in-dying worth a public conversation? 1-26/27-19 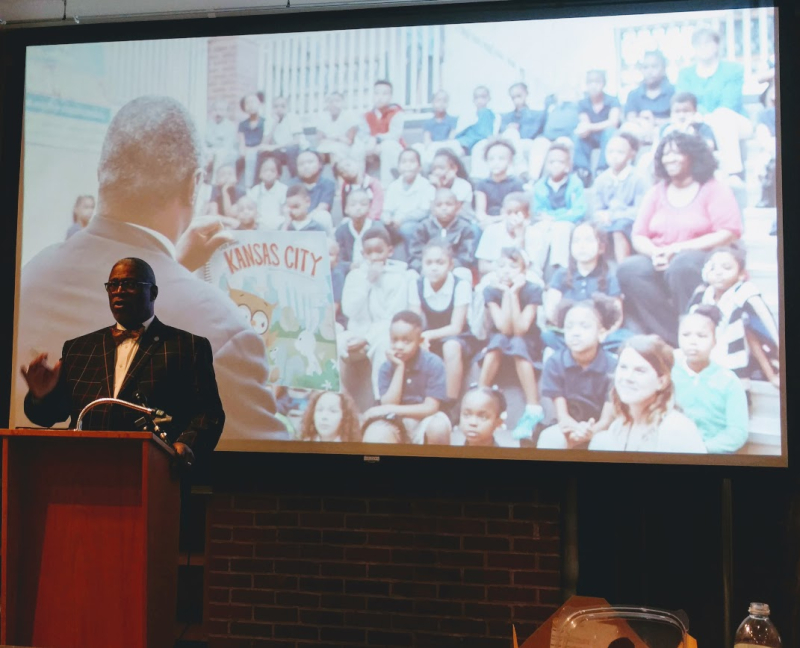 Sometimes the record of institutional religion doesn't show it, but at least in principle one of its highest priorities is the well-being of children.

That's true of any of the great world religions for many reasons, not least among them is the idea that children are vulnerable and need love and protection and then need education and encouragement. (As I say, these are goals, ideals. In light of sexual abuse scandals religious leaders can and do at times stray far from the ideal.)

All of which is to say that Kansas City's faith communities should have a deep interest in the effort being led by Mayor Sly James (pictured above) to create a sales-tax funded pre-kindergarten education program in the city.

There's certainly been debate about whether and how to go about creating this program and about how to fund it, but the basic idea of making sure that children get started learning early is in harmony with core religious values. As James said to a lunch meeting on this subject that I attended earlier this week at KCPT-TV, up until third grade, children learn to read. Then they read to learn. And if they're not reading at the appropriate level by then the chances are that they will fall behind and even stay their for the rest of their academic careers.

When I asked the mayor what support area faith communities were giving to his pre-K effort, he first turned the question over the Mary Esselman, president and CEO of Operation Breakthrough, which provides early childhood education hundreds of kids.

She first made the point that organizers of this pre-K campaign have taken time to talk with early childhood education providers across the city -- whether sponsored by secular or faith-based organizations -- to show them the opportunities for growth and improvement that this pre-K initiative could have.

Beyond that, James added, some faith-based early childhood education centers have been involved in shaping the city's pre-K plan.

The mayor thinks this campaign has a good shot to win and, once it's implemented, he thinks the city will see the economic, educational and social benefits.

As I say, there's been debate about whether a sales tax is the right funding mechanism and about other aspects of the proposal. But it's clear -- or at least should be -- that faith communities have a stake in finding ways to get children started on the right path. The proposal will be on the ballot April 2. If your own congregation isn't talking about this and whether to support it, it should be.

When I was working on the book Rabbi Jacques Cukierkorn and I wrote, They Were Just People: Stories of Rescue in Poland During the Holocaust, scholars told us to spell the word this way: "antisemitism," not "anti-Semitism." Now the great Holocaust scholar Deborah Lipstadt has a new book out in which she explains why. The the RNS story to which I've linked you here will give you her reasons. Which I buy.