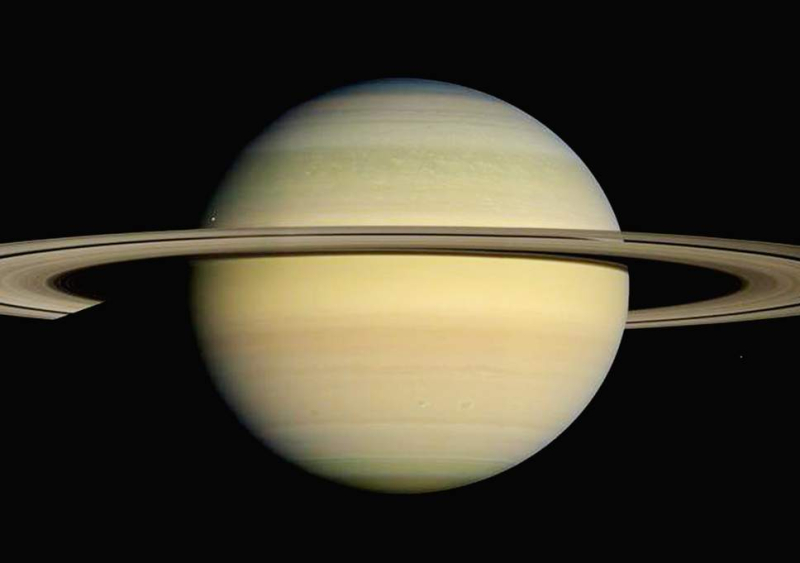 To be frank about the matter, religion hasn't always known what to do with the concept of time. And yet people seem to be wed to the idea of time almost in an unbreakable -- even perpetual -- way.

Despite what I was told by a funny friend in college, time, it turns out, is not a hoax perpetuated on us by clock makers. It is, well, something else, and we are endlessly fascinated by it, if also in some way slaves to it.

Another example of that fascination turned up recently when researchers, using new data from NASA's Cassini spacecraft, finally determined how long a day is on the planet Saturn -- 10 hours, 33 minutes and 38 seconds. As the NASA Jet Propulsion Laboratory press release to which I've just linked you notes, "The figure has eluded planetary scientists for decades, because the gas giant has no solid surface with landmarks to track as it rotates, and it has an unusual magnetic field that hides the planet's rotation rate."

Well, you can read how they finally figured out how long a day on Saturn lasts. I want to talk, instead, about how religion tries to make sense of time.

What, for example, does it mean to say that God is eternal, infinite? Does that put God outside of time altogether? And, if so, how are Christians, for example, to make sense of the incarnation, in which, as the story goes, God broke into history in the person of Jesus of Nazareth?

Did that action move God from timelessness to somehow being caught in the space-time continuum?

As I was thinking about all of that, I did a quick internet search about God and time and found this lecture delivered in 2000 at Cambridge University. It was written by J.R. Lucas, author of the 1973 book A Treatise on Space and Time.

It's long and complex, but Lucas throws out some ideas that may keep you up at night.

"All I have attempted to show," he says at the end of the Cambridge lecture, "is that, contrary to much theological teaching, religion does not need to make out that God is timeless, or that time is in some fundamental sense unreal. A vulnerable God can be temporal, exposed to the future ill will of autonomous agents. If God has created us free, then only in some eschatological Kingdom of Ends will He not be hurt by our imperfect choice."

And a vulnerable God is exactly the sort of god that Christian teaching describes. God comes to humanity in weakness as a baby. His family becomes refugees. His life ends in weakness on a cross. In a particular place at a particular time in history. Within the limits of time.

So if there really is an afterlife, will there be clocks on the walls of our dwellings in heaven or hell or wherever we end up? It seems an alarming thought. Let's hope for some snooze buttons at least.

(The photo here today is from NASA. You can find it published here.)

The Greek government and the Greek Orthodox Church seem to be on the cusp of a separation, this RNS report says. And not everyone is happy about that. I'm all for letting individual countries and the religions their citizens practice come to their own conclusions about how to relate to one another. But state-sponsored or endorsed faith traditions inevitably are weaker because of that sponsorship. Religions should be strong enough to stand on their own.