The recent massacre at a synagogue in Pittsburgh has raised many questions about the state and nature today of the ancient hatred of the Jewish people called antisemitism. 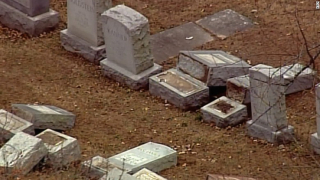 Resurgent antisemitism is a worldwide phenomenon, but it has different causes and different looks depending on where you look across the globe.

This intriguing piece in Tablet Magazine first offers some historical perspective and then describes five separate ways in which antisemitism in the United States differs from antisemitism in Europe and elsewhere.

Jonathan D. Sarna, who teaches American Jewish history at Brandeis University, asserts that "critical factors still distinguish America from other diaspora countries where Jews have lived." As he lists them, he notes that his list is not really different from a 1981 list he created "in the wake of neo-Nazi threats to march in Skokie, Illinois, and other manifestations of domestic anti-Semitism."

I'll give you his list of five factors that make antisemitism in the U.S. a bit different from antisemitism elsewhere, but I encourage you to read the whole of Sarna's piece for both the history it provides and for additional details about these five factors:

-- In America, Jews have always been able to fight back against anti-Semitism freely.

-- American anti-Semitism has always had to compete with other forms of animus.

-- Anti-Semitism is more foreign to American ideals than to European ones.

-- America’s religious tradition — what has been called “the great tradition of the American churches” — is inhospitable to anti-Semitism.

When I wrote here recently about the Pittsburgh murders, I noted that at a conference I attended 15 or so years ago, I heard a rabbi say that most American Jews at that time had very little experience of antisemitism. But I also noted that he surely would not say that today.

We're in a disheartening period when the forces of hatred have been empowered not only to spew their lies but also to act on them -- whether they are selling antisemitism, racism, misogyny or some other putrid bigotry. I like to think that we Americans are better than that, and there are many examples to suggest we are. But, in fact, as long as there are people among us willing to hate openly I'm not sure we really can conclude that we're "better than that."

And now, apparently, Americans have created their own distinct brand of antisemitism. It's no proud achievement.

(The photo here today shows vandalism of a Jewish cemetery near St. Louis in 2017. I found it at this CNN site.)

I don't have a lot to say about the just-completed midterm elections, but at every election I find myself appalled afterward that so many eligible voters didn't vote. Although I haven't seen final national turnout numbers yet, we know that voter turnout on Tuesday was at or near records in many locations. But what pitiful records. Let's say it turns out that 65 or even 70 percent of registered voters cast ballots Tuesday -- percentages that would be quite remarkable. By comparison, in the 2016 presidential election only 55.4 percent of eligible voters turned out, compared with 63.7 percent in the 2008 race. And get this: In the 2014 midterm elections voter turnout was just 36.4 percent of eligible voters. In all of those cases -- even 2008 -- my question is where the others were, given that people died to protect our right as citizens to cast ballots. In chapter 15 of John's gospel, Jesus is quoted this way: "No one has greater love than to give up one's life for one's friends." Giving up one's life to protect one's country and the civil and civic rights and duties of the citizens of that country strikes me as even a greater sacrifice than to do so "for one's friends." And yet millions of people -- even in a relatively high voter turnout year -- stay home. I find that shocking and indefensible.