Home Archives Profile
The awful stench of some college athletics: 10-30-18
Even undocumented immigrants are to be valued: 11-1-18

Fifteen or so years ago, I attended a conference in the Washington, D.C., area for the benefit of journalists who cover religion.

One of the speakers was a rabbi who helped to lead a national Jewish group. His opinion was that at the time most American Jews had little personal experience of antisemitism. Things have improved, he contended, and he made a persuasive case for his point of view. 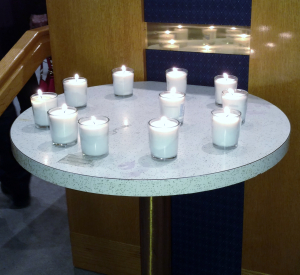 I am certain he would say no such thing today. And if the U.S. actually had then found a kind of non-antisemitic sweet spot for a time, it didn't last long.

The massacre Saturday at a synagogue in Pittsburgh is just the latest evidence of resurgent antisemitism, both here and around the world. The global picture of this distressing phenomenon was painted in a 2013 book called Resurgent Antisemitism, by Alvin H. Rosenfeld, which I reviewed at the time here for the National Catholic Reporter.

The growth in antisemitic acts that Rosenfeld describes across the globe has found its way back to the U.S. In fact, the Anti-Defamation League reports that in 2017 antisemitic incidents in the U.S. surged nearly 60 percent.

The proper response to this is, of course, WTF. But it cannot be our only response.

Kansas Citians certainly know this violent antisemitic extremism first hand because of a neo-Nazi's attack on two Jewish facilities here in 2014 that resulted in the murder of three persons, though none of them was Jewish. After that, we've seen the terrific response to this hatred led by the Corporon and LaManno families whose loved ones were murdered that day. They've created the annual Give Seven Days events, along with much else.

Modern antisemitism, which first appeared in the 1800s and which can issue in this kind of violence, can trace many of its roots to theological anti-Judaism, which the Christian church preached officially and unofficially for most of its 2,000 years. I describe that long, sad history in this essay found elsewhere here on the blog.

Anti-Judaism is theological in nature. That is, its foundations are built on the idea that Jews killed Jesus Christ and that they rejected the will of God that Christ represented. The result of such thinking is the belief that Judaism today is irrelevant and has been superseded by Christianity.

Modern antisemitism, by contrast, is more racial, economic and political in nature. It views Jews as greedy conspirators who want to control the world, starting with the institutions of finance and communications.

It's not hard to see how gullible people with real or imagined complaints about how the world is working can be easily led into antisemitic thinking and, ultimately, behavior, especially when our national leaders use rhetoric that seems to give people permission to hold extremist views. Antisemitism provides a simplistic answer to terrifically complicated questions.

The reality is that none of this is new. Antisemitism is, perhaps, the world's oldest hatred. David Nirenberg tells that story in his book, Anti-Judaism: The Western Tradition, which traces anti-Jewish sentiment all the way back to Egypt in pre-Christian days.

What we know today, especially after Pittsburgh, is that antisemitism is a phenomenon of evil. It may affect only a small group of people in ways that cause them to act violently, but its subtler forms are visible in many places and it demeans both Jews and the people who hold antisemitic views.

What can be done to counteract antisemitism and similar hatreds, including racism? Each of us has a responsibility to speak up whenever we see such phenomena. That's a start. But education remains a key, too. Which is why on Sunday evening I was glad to attend the celebration of the 25th anniversary of the Midwest Center for Holocaust Education, at which actor Henry Winkler spoke. (He is pictured below.)

"Everyone of you," Winkler told the almost 500 people at the event, "is here for a very important reason. Because we cannot forget." And it's a goal of the center to make sure society doesn't forget the Holocaust and, by extension, other examples of anti-Jewish thinking and action.

Indeed, the importance of memory has been a core Jewish value from the beginning. And memory is vital now as we go through this period of renewed antisemitic violence so that we remember that the world has been through this before and that Judaism always survives.

It seems like a small thing, a mild thing. Maybe even an ineffective thing. But it's not.

Further proof that coming together and remembering was found on Monday evening at the Kehilath Israel Synagogue in suburban Overland Park, Kan. For a vigil service to honor the Pittsburgh victims, several thousand people crowded into the sanctuary.

Several speakers sought to offer comfort and a way forward. For instance, the Rev. Adam Hamilton, pastor of the United Methodist Church of the Resurrection in Leawood, Kan., said to the Jewish community, "We love you simple for who you are."

Akhtar (Art) Chaudry of the Muslim-Jewish Advisory Council told the crowd that "tonight, we are all Jews."

Rep. Emanuel Cleaver, D-Mo., referencing the book of Ecclesiastes in the Hebrew scriptures, said that "there's a time to keep silent, but, my friends, this ain't it. . .Silence right now sounds. . .like complicity." (The photo above shows Cleaver speaking to the crowd at K.I.)

I can't be positive that these kinds of gatherings help, but I do know that doing nothing is not an option in the face of any kind of hatred.

Nor do I know if antisemitism ever can be destroyed for good. But I do know that it will continue to burrow its way into the minds of people if we don't stand against it in public repeatedly. Sometimes bad ideas can perish of their own weight, but not without help from people who recognize the evil in those ideas. So that's our renewed task now as we seek to respond to Pittsburgh and to other examples of people being dehumanized simply because of who they are.

(At the Monday night gathering at Kehilath Israel, various rabbis lit candles in memory of the 11 people murdered in Pittsburgh. You see those candles in the photo above left.)

This Times of Israel piece describes the many security precautions that synagogues in Europe take and asks whether synagogues in the U.S. are headed in that same direction. And this Kansas City Star article describes how synagogues here already make security part of their routine. In fact, given attacks on houses of worship of various faith traditions, churches, mosques and other worship centers, not just synagogues, are going to have to figure out how much armed security they need. How sad. But worshipers must be protected.