Why are Americans biased against atheists? 10-26-18 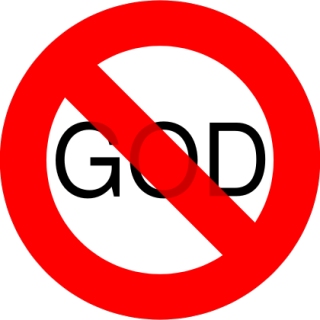 In the U.S., they're pretty rare, though some among them, often referred to as the New Atheists, have been fairly aggressive in promoting their disbelief.

Despite -- or maybe because of -- their relative rarity, atheists tend to be viewed with considerable skepticism in the U.S., if not downright distaste, as this intriguing New Yorker article reports.

"Americans, in large numbers," the story says, "still do not want atheists teaching their children, or marrying them. They would, according to surveys, prefer a female, gay, Mormon, or Muslim President to having an atheist in the White House, and some of them do not object to attempts to keep nonbelievers from holding other offices, even when the office is that of notary public. Atheists are not welcome in the Masonic Lodge, and while the Boy Scouts of America has opened its organization to gays and to girls, it continues to bar any participant who will not pledge 'to do my duty to God.'”

What do you call such an attitude? Simple prejudice.

In the U.S., citizens are not -- and should never be -- required to hold any particular religious beliefs. The fact that the early founders of this country were mostly Christians or deists and the fact that you can find references to God in some of our founding documents does not change that reality.

But some of our political leaders seem to be at the forefront of promoting prejudice against atheists. As the New Yorker story notes, President Trump at last year’s Values Voter Summit said this: “In America, we don’t worship government — we worship God.” The New Yorker then added: "As that remark suggests, the one wall the current Administration does not want to build is the one between church and state."

The story also notes that Americans' widespread prejudice against atheists "has its roots both in the intellectual history of the country and in a persistent anti-intellectual impulse: the widespread failure to consider what it is that unbelievers actually believe."

If you get to know some atheists in some depth, you often discover they have cherished moral values, many of which match or even exceed in enthusiasm, the moral values of people of faith. My own belief, however, is that these values are rooted in convenience and safety rather than in divinely inspired spiritual truths. That is, their commitments to treating each other kindly, to not committing crimes, to honesty are founded on a practical understanding that for society to function there must be in place certain standards of behavior to prevent chaos and anarchy. By contrast, those same values in people of faith have other sources beyond human thinking.

In any case, there is no cause for Americans to demonstrate prejudice against atheists. They have the same civil rights and duties as the rest of us and are entitled to respect and dignity as fellow human beings.

WITHOUT BENEFIT OF CLERGY

Have you, too, noticed that clergy are performing fewer weddings these days because the couple being married ask a friend or family member to do the ceremony? The rabbi who wrote this blog post has noticed and has some interesting thoughts about that trend. I'm not clergy but I have performed several weddings as a deputy civil marriage commissioner. I've also conducted several  funerals. And my record so far is perfect. Everyone I've married is still married and everyone I've buried is still dead.