Home Archives Profile
What Romero's canonization means for the church: 10-24-18
Why are Americans biased against atheists? 10-26-18

The United Methodist Church -- a 12-million-member denomination that includes about seven million Americans -- is considering three plans for how to answer the questions regarding possible ordination of LGBTQ pastors and of same-sex marriage. 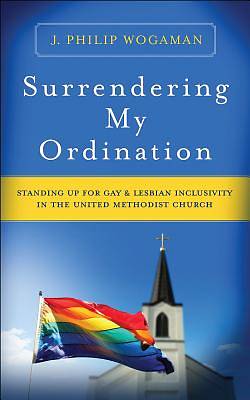 At the moment, the church's rules forbid such ordination and forbid pastors from officiating at such weddings.

I already have weighed in here on the three plans, describing them as inadequate and flawed. And earlier I wrote this column about the efforts of the Rev. Adam Hamilton, founding pastor of the United Methodist Church of the Resurrection in suburban Leawood, Kan., to prevent a schism in the denomination.

The decision about all of this won't come until next year, but I find it intriguing that the internal Methodist debate is resulting in publication of books that the authors, no doubt, hope influence the outcome. What's also interesting, though I'm not sure what to make of it, is that the two books I have in mind have been published by Westminster John Knox Press, the publishing house of the Presbyterian Church (USA), the denomination to which my congregation belongs.

One is Surrendering My Ordination: Standing Up for Gay and Lesbian Inclusivity in the United Methodist Church, by J. Philip Wogaman.

Wogaman, now a professor emeritus of Christian ethics at Wesley Theological Seminary, had been ordained as a United Methodist pastor for some 60 years. But in May 2017 he gave up his ordination. He didn't leave the church or ask others to give up their ordinations. But he felt it was a personal act he could do to support changes in church rules to allow ordination of otherwise-qualified gays and lesbians.

Wogaman describes a case of a woman in a same-sex marriage whose ordination was being stalled or prevented. He knew the woman and was deeply troubled by the denomination's actions: "How could I remain in the clergy circle when such a fine person was excluded?" he writes. "I had to act."

So he gave up his ordination, but asked others not to: "If you think as I do, let me be your representative, carrying with me your affirmation of those who have been excluded and your resolve to seek healing of church law and practice." 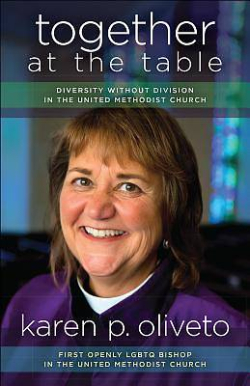 Wogaman's short book (113 pages) fills in the story. He's not exactly a voice crying in the wilderness, but his is an important voice that the church would do well to hear.

Oliveto's election as a bishop in 2016 was then -- and remains now -- controversial, though the denomination has not overturned that election or refused to let her serve.

This book, focused on the sacrament of Holy Communion, or the Eucharist, is a plea for finding what connects people and rejecting what divides them.

"We need to understand and embrace our connectedness now more than ever before," she writes. "We need to restore our relationship with the earth, with all living creatures, with one another. We cannot erect walls to keep us separate."

Her argument is that at the Communion Table, "enemies become friends, strangers become companions and community is established and affirmed. Differences are not diminished but are welcomed."

Whether such thinking can prevent schism in the United Methodist Church is unclear. What is clear is that unless voices like Oliveto's and Wogaman's are listened to carefully, schism may be inevitable. And what a terrible witness to the world that would be.

(To read my own essay on what the Bible really says about homosexuality, click here.)

TIME FOR MR. AND MRS. PRIEST?

It looks as if the question of whether there should be married priests in the Catholic Church is working its way toward some kind of official discussion, this Associated Press story reports. It certainly would help with the growing priest shortage around the world. And the Protestant experience with married clergy has been mostly good, though there can be problems with both models.