Because I have co-authored a Holocaust-related book, I stay alert for stories of the kind we tell in They Were Just People: Stories of Rescue in Poland During the Holocaust. 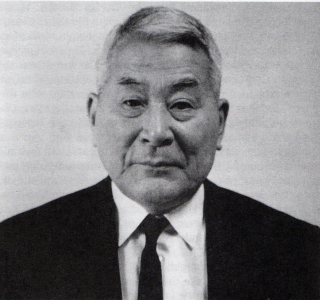 Which is why this recent New York Times story attracted my attention.

It's about a Japanese diplomat, Chiune Sugihara (pictured here), who, almost alone, saved some 6,000 Jewish lives in World War II by going against the wishes of his own government and issuing visas to people desperate to flee the Nazis.

What I especially appreciate about the story is that it raises the difficult question of how to account for moral courage. That attribute can be rare, but perhaps we can encourage its presence in people if we know what leads to its formation.

One of those attributes seems to be an ability and desire to go things alone. As The Times story reports, "Research on those who rescued Jews during the Holocaust shows that many exhibited a streak of independence from an early age. Sugihara was unconventional in a society known for prizing conformity."

But there's another characteristic of people who display moral courage, the story notes: "A second characteristic of such heroes and heroines, as the psychologist Philip Zimbardo writes, is 'that the very same situations that inflame the hostile imagination in some people, making them villains, can also instill the heroic imagination in other people, prompting them to perform heroic deeds.' While the world around him disregarded the plight of the Jews, Sugihara was unable to ignore their desperation."

So in 1939, Sugihara was assigned by his government to run the Japanese consulate in Lithuania, where he soon discovered many Jews fleeing Poland after the Germans attacked and occupied it on Sept. 1 of that year.

What to do? Ask his government for permission to grant those Jews visas to go to Japan. The government firmly denied the request. Sugihara issued some 6,000 visas anyway.

The reality is that we really don't know how we would behave in Sugihara's situation or if we had been among the Jews fleeing Poland and the rest of the Third Reich. But perhaps it can help to try to have within ourselves a stubborn streak of independence and a heroic imagination.

Rabbi David Wolpe, author of The Times piece, describes what he said to students in Japan to whom he spoke about the heroic work of Sugihara, who had attended the same school as those students:

"I told the students that one day in each of their lives there would be a moment when they would have to decide whether to close the door or open their hearts. When that moment arrives, I implored them, remember that they came from the same school as a great man who when the birds flew to him for refuge, did not turn them away."

Can moral courage be taught? Can it be learned? I don't know. But trying is worth the effort even if it succeeds only once.

Here's a timely reminder found in this Religion News Service column: ". . .politics — political outcomes, in particular — are not a good place for human beings to invest our ultimate hopes and dreams. They inevitably let us down." As closely as politics and religion might be tied together at times, they are different. To put politics first is, in some ways, to make it an idol. And that's the first thing religion teaches -- all sin, in the end, is idolatry.