Home Archives Profile
'Deconstructing' one Christianity to build another: 9-24-18
Antisemitism is no rare phenomenon: 9-26-18

On my iPad and smartphone I keep the "YouVersion" Bible app. 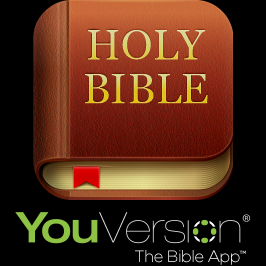 It offers dozens of different translations and is pretty easy to navigate. Sometimes if there's a shortage of Bibles in the pews for worship at services at my church, I'll just use it and let others have the printed versions.

But when I do that my inner delinquent wants to change the response at the end of the reading. When the reader says, "This is the word of the Lord," the congregation generally responds, "Thanks be to God." But if when reading an e-version, shouldn't the pastor says, "This is the Word Document of the Lord"? Uh, maybe.

At any rate, the current cover story in Harper's magazine is headlined "The Printed Word in Peril," and focuses on all the ways that e-versions of things are replacing print. (For someone who spent a career working mostly for a printed newspaper, there's some sadness to work through here for me.)

A ways into the piece, Will Self writes this: "The age of Homo virtualis is quite likely upon us, and while this may be offensive to those of us who believe humans to have been made in God's image, it's been received as a cause for rejoicing for those who believe God to be some sort of cosmic computer."

The reality is that how we take in information shapes our brains and our thinking. People like me who grew up with print, who didn't get television until we were age 10 or so, who didn't get brain-buzzed with early MTV-like special effects tend not to do very well processing messages that flash by at 72-images a minute. Self refers to such people as having "a Gutenberg mind." In some ways I admire the brains of younger people who can process such spinning flip-cards.

But how, in such cases, is it possible to stop and ponder, to freeze on a sentence -- this one, for instance -- and marinate in it until we can unearth different meanings, different ways of grasping whatever truth the words might contain?

I don't know. And I wonder whether reading sacred writ online might be short-circuiting the thinking process in some way. (Said the man who is offering you these words online.)

Perhaps there's nothing to worry about. Perhaps "the word of the Lord" can come digitally or in print or spelled out by airplanes whose pilots know how to make letters in the sky. I'm just glad that the people who wrote the documents now known as the Dead Sea Scrolls and the Nag Hammadi documents didn't have computers.

TIME FOR A JEWISH MISTER ROGERS?

A rabbi has written this intriguing piece suggesting that the world could use a Jewish Mister Rogers. No, he isn't complaining about the beautiful work that the Rev. Fred Rogers did in his television ministry to children. But just as there was a Christian background to Rogers' neighborhood, it might be enlightening to do such work with a Jewish background. See what you think.