'Deconstructing' one Christianity to build another: 9-24-18

As I and many others have reported a lot in recent years, one of the major changes in the American religious landscape has been the rise of the "nones," or the religiously unaffiliated. Current estimates suggest that they now make up about 25 percent of American adults. 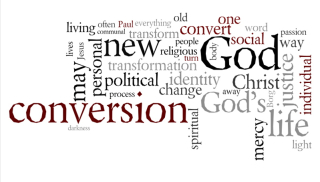 But something else is going on inside a branch of Protestantism that hasn't received nearly the attention it deserves. It's a phenomenon that some people who identify themselves as evangelicals are calling "deconstruction."

What that means is that the people who are in the deconstruction process are questioning all kinds of aspects of the faith they grew up with and, beyond that, rejecting much of it. Some are leaving institutional religion altogether, joining the "nones," but others are moving into segments of Protestantism often called progressive or liberal, though all these labels hide more than they reveal.

This fascinating article in The New Republic is written by a man who tells his personal deconstruction story. I have found it to be at once heartbreaking but also hopeful.

Bryan Mealer writes that he grew up in a church that "readied soldiers for the culture war. We stood on busy streets holding picket signs showing bloody aborted fetuses. We were about Pat Robertson and James Dobson and didn’t bother ourselves with soup kitchens or food pantries. We pushed purity culture and the 'Twelve Steps of Dating' as ways to avoid the trap of premarital sex."

But, he writes, he found he could not hold to such a theological life with any authenticity, and he left. But "after a decade of estrangement, I felt a tug to reconnect with organized religion. My two oldest children started having questions. When my daughter asked, “What is God?” we gave the kids a book that said God is everything, which led to my son telling my mother that God was our Honda. So, I started looking for a church."

Eventually, after help from podcasts and reading, he landed at Trinity (United Methodist) Church in Austin, Texas.

He writes, "During services, I saw gay couples and transgender people sitting alongside white-haired Methodist women. The pianist shared that it was the anniversary of his coming to this church, and then explained how his last congregation had ostracized him for being gay. He began to cry as he spoke, and I felt my own tears running down my face.

"At Trinity, I realized I could be both liberal and Christian — that the church could be an affirming and reconciling place for gay and transgender people, along with advocating for the poor and oppressed. It was liberating."

As he says, it's liberating, but it's also terribly demanding. This kind of Christianity insists that we must see the image of God in every human being -- no exceptions. Do you have any idea how hard that is? But it's a challenge that Mealer and others are discovering is worth the effort. I'm glad to welcome him into this branch of the faith even as we who are in it hope that some day all Christians will find not uniformity but unity.

A REASON FOR GOOD MENTAL HEALTH?

A new study suggests that children who grow up with religious beliefs wind up with better mental health as adults. For one thing, it gives you a sense of community, which means other people you can blame for your troubles. Right?

P.S.: Some of you might be interested in a lecture on "Christianity and Democracy" by Duke University Prof. Luke Bretherton at 6 p.m. on Tuesday, Oct. 9, at the Wesley Covenant Chapel at the United Methodist Church of the Resurrection in suburban Leawood, Kan. Information needed to register for this free event is here.