Why a Christian rescues Jewish cemeteries: 9-18-18 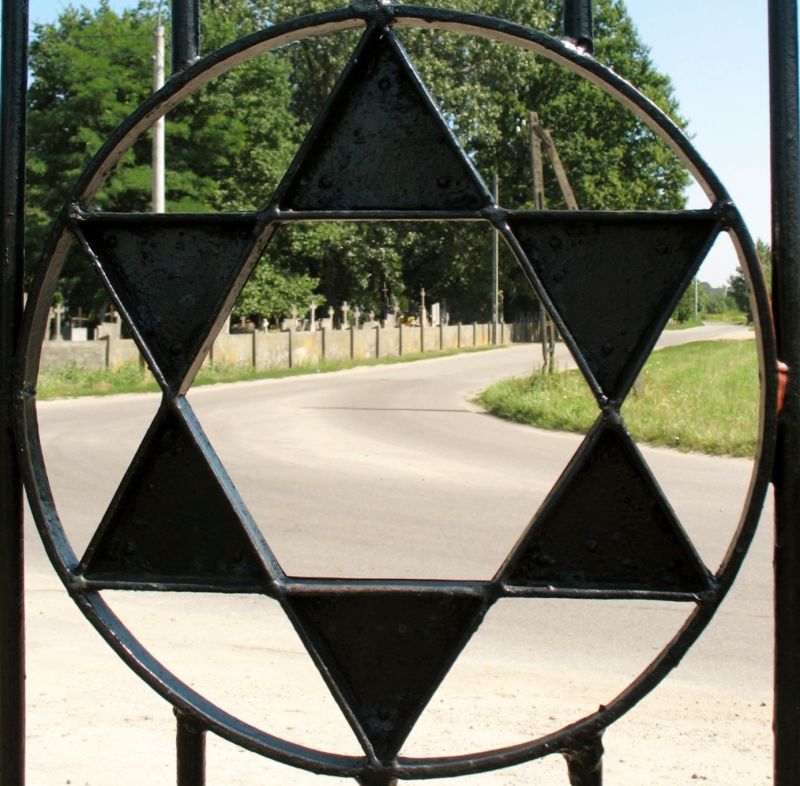 When I was in Poland working on the book I wrote with Rabbi Jacques Cukierkorn (They Were Just People: Stories of Rescue in Poland During the Holocaust), Jacques insisted that we visit a number of Jewish cemeteries -- or at least what was left of them. 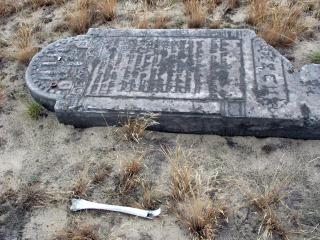 The Nazis -- no surprise -- had destroyed many such cemeteries or at least busted up headstones, some of which were used to pave streets or sidewalks.

We visited one such cemetery in Góra Kalwaria, once an important Jewish center. There were only two Jews left in town, and one of them, Holocaust survivor Feliks Karpman, whom we write about in the book, had taken it upon himself to try to keep the cemetery mowed and in reasonable order, no easy task. I took the photo above from that cemetery, looking through the gate at a Catholic cemetery across the street.

In a couple of Jewish cemeteries, we saw what appeared to be human bones that were still visible from graves that had been vandalized. You see that in the photo at left.

All of this background is an introduction to this inspiring Associated Press story that I want to share with you today. It tells the story of a former Baptist pastor who has made it his life's mission to bring volunteers to Poland and Ukraine to restore damaged Jewish cemeteries.

Steven Reece, the AP story says, "a 63-year-old American, says cleaning up old cemeteries is his way, as a Christian, of honoring Holocaust victims while supporting the surviving Jewish communities here.

"He also hopes his mission can help alleviate the bitterness and misunderstanding that still festers sometimes between Christians and Jews. Reece explains that he is troubled by the failure of European Christians who mostly stood by passively as the Nazis marginalized, then persecuted and killed their Jewish neighbors."

Reece isn't doing this all by hmself. As the AP story notes, "Part of his mission involves encouraging diaspora Jews to work with local volunteers in Polish towns to continue the cemetery maintenance work. In 2010 he founded an Atlanta-based charity, The Matzevah Foundation, which takes its name from the Hebrew term for headstone. The foundation brings volunteers to Europe from the Brentwood Baptist Church in Tennessee and partners them with Jewish descendants to care for their ancestral cemeteries."

It was intriguing to me that Poland's chief rabbi, Michael Schudrich, is quoted in the story as saying that some Jews were puzzled by Reece. “Steven is so unique, we’re not used to people like that,” he said.

“But as soon as I met him I realized that he was the real thing. There are special, unique, saintly people in the world. It transcends religion, nationality, and ethnicity. Steven Reece is one of them.”

Good for Reece. And good for the people who volunteer to help him. Lost history diminishes us all.

What did it mean this past Sunday when an Alabama pastor destroyed his Nike shoes while preaching at a worship service? The author of this piece got it right: It was "a powerful symbolic act. It reveals the virtually unprecedented degree to which white evangelical theology, and an extremely narrow (white, conservative) understanding of 'patriotism,' have converged in the post-Trump age. White supremacy, evangelical identity, and a distinctively Christian form of nationalism have combined." As a certain prominent tweeter might say, sad.