On this date in 1814, Francis Scott Key penned the words to a poem he called "The Star-Spangled Banner." More than 100 years later, in 1931, America made the mistake of making it our national anthem. (You can read a bit here about how these verses penned in a time of war became our official song.) 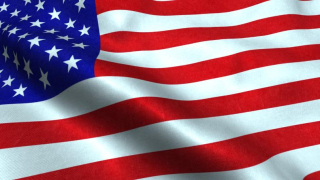 It's time to fix that.

But first, in case you haven't read Key's words in awhile, here they are:

O say can you see, by the dawn’s early light,

What so proudly we hail’d at the twilight’s last gleaming,

Whose broad stripes and bright stars through the perilous fight

O’er the ramparts we watch’d were so gallantly streaming?

And the rocket’s red glare, the bombs bursting in air,

Gave proof through the night that our flag was still there,

O say does that star-spangled banner yet wave

O’er the land of the free and the home of the brave?

On the shore dimly seen through the mists of the deep

Where the foe’s haughty host in dread silence reposes,

What is that which the breeze, o’er the towering steep,

As it fitfully blows, half conceals, half discloses?

Now it catches the gleam of the morning’s first beam,

In full glory reflected now shines in the stream,

’Tis the star-spangled banner - O long may it wave

O’er the land of the free and the home of the brave!

And where is that band who so vauntingly swore,

That the havoc of war and the battle’s confusion

A home and a Country should leave us no more?

No refuge could save the hireling and slave

From the terror of flight or the gloom of the grave,

And the star-spangled banner in triumph doth wave

O’er the land of the free and the home of the brave.

O thus be it ever when freemen shall stand

Between their lov’d home and the war’s desolation!

Praise the power that hath made and preserv’d us a nation!

Then conquer we must, when our cause it is just,

And the star-spangled banner in triumph shall wave

O’er the land of the free and the home of the brave.

There is a lot of theology woven into Key's words. America is, he says, a land rescued by heaven. Thanks, heaven. And he implies that God "made and preserv'd us a nation." So "In God is our trust."

If we are to be good historians, we should acknowledge the deep faith roots of our nation. Among the dozens of books you might read to help you understand those roots is one by the late Forrest Church, The American Creed: A Spiritual and Patriotic Primer.

But we also should recognize that, in harmony with our Constitution, America created no established religion but, instead, guaranteed freedom of religion to all its citizens. So, although there's a place for what's often called civic religion -- an expression of shared national values in sort of vague, inoffensive language -- there is no place for official government endorsement of any particular religious tradition or beliefs.

Still, that's sort of what you find in our national anthem today, along with a contention that we are the land of the free and the home of the brave when, in reality, we still aspire to those goals, not yet having achieved them for all.

Some have suggested that the hymn "America the Beautiful" would be a better choice. Let's take a look at those lyrics:

O beautiful for spacious skies,
For amber waves of grain,
For purple mountain majesties
Above the fruited plain!

America! America!
God shed His grace on thee,
And crown thy good with brotherhood
From sea to shining sea!

O beautiful for pilgrim feet
Whose stern impassion'd stress
A thorough fare for freedom beat
Across the wilderness.

O beautiful for heroes prov'd
In liberating strife,
Who more than self their country loved,
And mercy more than life.

America! America!
May God thy gold refine
Till all success be nobleness,
And ev'ry gain divine.

America! America!
God shed his grace on thee,
And crown thy good with brotherhood
From sea to shining sea.'

Well, it has much more to recommend it than the Star-Spangled Banner. For one thing, it praises the physical beauty of the land while also acknowledging that in some ways the nation is flawed. And it looks forward to a time of nobleness undimmed by human tears. Sweet.

Perhaps you can make the argument that the God referenced in this hymn is the non-descript, non-specific God of civil religion. And, as I read it, it asks God to shed grace on the country rather than simply saying that already has happened. I might even buy the argument that the God mentioned is the God of civil religion, though don't ask me to worship such a wishy-washy God.

Still, I think it's time to put these two songs in a museum with proper interpretive material the way we should the Confederate Civil War monuments in museums and get them out of our public parks. It's time to write a new national anthem that speaks to who, at our best, we are as a nation, even as it acknowledges that we aren't always at our best.

If you know of such a song now, let me know. If you don't, get to work writing one or encouraging some musicians you know to write one. The non-descript, non-specific God of civil religion might thank you, assuming you don't ask for that blessing on a federal holiday.

Yes, the government has -- and should have -- the largest role in disaster relief, such as will be needed now because of Hurricane Florence, but as this RNS story makes clear, people of faith will play a big role, too. And should. Their motives no doubt will be different from those of the government, but the job is the same, comforting the afflicted.