Home Archives Profile
What would Jesus salute? 7-4-18
A useful history of black Mormons: 7-6-18

What is Saudi Arabia's religious future? 7-5-18

When I visited Saudi Arabia in 2002, in the aftermath of the 9/11 terrorist attacks carried out mostly by Saudi nationals, it was clear that the kingdom was experiencing an identity crisis. 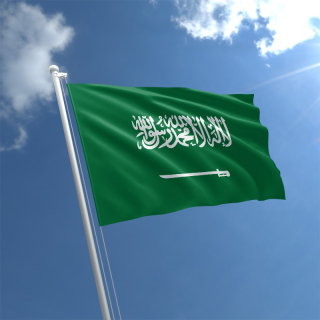 Was it a benign monarchy able to exist in a world growing increasingly democratic or was it a hard-line religious nation defending a version of Islam, Wahhabism, that many people believed encouraged violent extremism?

In many ways, that very question remains on the table today, despite many changes in Saudi Arabia. For instance, I and other journalists interviewed the man who then was Crown Prince Abdullah. He later became king. Then he died. Then his brother, Crown Prince Salman, became king. And now Salman's son, Mohammed bin Salman (known as MBS), is crown prince.

And MBS appears to be a reformer. His father has given him great liberty to move the country in a more modernist direction.

But how will MBS work out a relationship with the Wahhabi religious establishment in Saudi Arabia?

The New York Times just published this answer to that question by Nabil Mouline, a senior researcher at the National Centre for Scientific Research in Paris, and author of The Clerics of Islam: Religious Authority and Political Power in Saudi Arabia.

"Wahhabism is likely to remain a pillar of the kingdom in the medium term. The religious establishment controls colossal material and symbolic means — schools, universities, mosques, ministries, international organizations and media groups — to defend its position. Any confrontation between the children of Saud and the heirs of Ibn Abd al-Wahhab will be destructive for both.

"The historical pact between the monarchy and the religious establishment has never been seriously challenged. It has been reinterpreted and redesigned during times of transition or crisis to better reflect changing power relations and enable partners to deal with challenges efficiently.

"To truly break the pact between the Saudi monarchy and the Wahhabi religious establishment, it is necessary to have an alternative social project, the unfailing support of the elites and the population, a sound economic base and a very favorable context. Right now, Prince Mohammed does not possess those assets despite his personal inclination."

What I find especially interesting about the Wahhabi leadership in Saudi Arabia is that, as Mouline notes, it has been quite flexible on non-core issues and, thus, able to preserve the power it has had since the formal creation of the kingdom in 1932. Wahhabism is a rigid form of Islam, but its leaders are creative when it comes to preserving their privileges and positions.

So even though MBS may allow women to drive and provide for wider voting privileges, it seems unlikely that he can turn the kingdom into more of a secular monarchy, even if he'd prefer that. But whether Wahhabism can continue to have a global influence in shaping Islam is more of an open question. As Muslims negotiate life in Western nations, particularly, the appeal of that harsh brand of the faith seems to grow dimmer.

ON RELIGION AND THE SUPREME COURT

As the search for a new U.S. Supreme Court justice continues, religion increasingly will come up as a topic not just about how that justice might rule on certain cases but also the religious commitment that prospective justice has made. We need to be really careful here not to tread on religious freedom of those being considered for nomination. An example is U.S. Circuit Court of Appeals Judge Amy Coney Barrett and her connection to a Catholic-related group called "People of Praise." Already we are seeing the derogatory term "cult" being applied to the group. Religion scholars almost never use that term nowadays. Rather, they prefer the term "new religious movement." The term cult used to mean simply any religious group. But it's become a pejorative term for groups that use mind-control techniques to keep people lined up with their bizarre theology. So any time you see that term used these days, be wary of it. And remember that there's no religious test to hold public office in the U.S. The question is whether the person being nominated can carefully judge the merits of the cases before her or him and whether he or she is committed to constitutional principles as they have evolved over the nation's history -- history that includes wonderful moments and times when the Supreme Court simply got it wrong. Boys and girls, can you say "Dred Scott"?