I learned something from the story about the recent rescue of the Thai soccer boys and their coach that I had no expectation of learning: It has to do with the ordination of Buddhist monks. 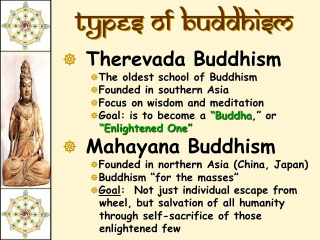 As this intriguing piece from "The Conversation" reports, many of the rescued boys now are contemplating becoming ordained as monks. But, no, this response does not mean that because of their harrowing experience they have decided to devote the rest of their lives to a spiritual life of poverty and service. Rather, they are thinking about temporary ordination as a way of saying thanks to the Thai Navy SEAL who died trying to rescue them.

Here's a bit of how the story explains that:

"Ordaining as a full monk – known as 'bhikkhu' in Pali, the religious language of the Theravada Buddhism – is only available to men over 20. The boys would instead be ordained as novices, or 'nen,' who undergo fewer restrictions. . .In Theravada Buddhist practice, ordaining to be a monk and donating the merit thus gained is one of the greatest honors that a person can give to another."

In other words, the boys would receive a kind of divine or spiritual merit for their temporary ordination and would donate it to the dead SEAL. (But when I use the word "divine," we should remember that Buddhism doesn't teach the existence of any god or gods.)

As the story explains, "Most Thai men get ordained in order to make merit – known as 'tham bun.' Devoting oneself to the study of the Buddha’s teachings, the dharma, is one of the most holy acts that one can do. Buddhists who get ordained are believed to acquire a great deal of bun, or merit.

"For Buddhists, this life is but one in a cycle of deaths and rebirths, where the good deeds one does in the past determine where and in what form – human, animal, divine being – one is reborn. Eventually, over many lifetimes, enough knowledge and merit will allow for escape from this cycle and transcendence. . .In the case of the 12 boys and their coach, however, they are offering the merit they will make to (the dead SEAL) in order to ensure a better rebirth in his next life."

I am aware that in Christianity and Judaism, sometimes ordinations are temporary, though not by initial purpose. Rather, people demit, or give up, their ordinations for various reasons, ranging from failure to obey the rules of a tradition to losing faith and not being able to continue with honesty.

But until now I've never heard of a temporary ordination done on purpose. In fact, it's something other traditions might consider as they re-imagine what religious leadership should look like.

At any rate, good for the Thai boys in at least considering this on behalf of someone who sought to save them.

LIBERTYVILLE, Ill. -- While I'm in Chicagoland for a long weekend, I won't be adding the usual second item to the blog. Things should return to normal here by Wednesday.