Who are evangelicals and what's their history? 6-20-18

For several good and no doubt obvious reasons I've been focusing recently here on the blog on Americans identified as white Christian evangelicals, some 81 percent of whom voted in 2016 to elect Donald Trump as president. I think the moral collapse of so many white evangelicals is one of the more important religion stories of our time. 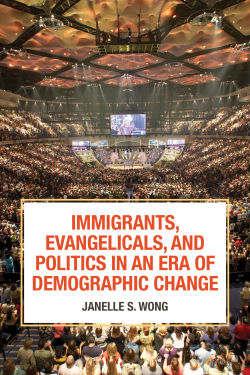 Today I want to introduce you to two helpful books that can shed some light on this subject -- one new, one just reissued in hardback. The first can provide some interesting information about diverse political opinions within a broader racial and ethnic range of evangelicals. The second can offer some important historical context for this discussion.

The two books are Immigrants, Evangelicals and Politics in an Era of Demographic Change, by Janelle S. Wong, and The Rise of Evangelicalism: The Age of Edwards, Whitefield and the Wesleys, by Mark A. Noll. This latter book is the first in a five-book series on evangelicals from Intervarsity Press Academic.

Wong's slim book is full of survey results and statistics that demonstrate that not all evangelicals think alike. Her work will be of interest mostly to political campaign strategists trying to appeal to certain segments of the voting population and to sociologists interested in the changing demographics of the total American population. 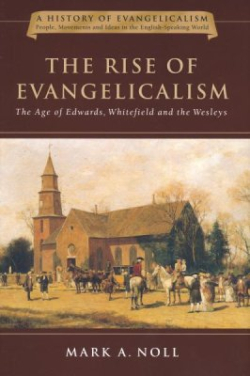 For example, the data she studied found that almost universally, black Americans, whether evangelical or not, "tended to be less conservative" that Latino, white or Asian-Americans. And "white evangelicals were much more conservative than nonwhite evangelicals in their vote choices, in their position on government-sponsored health care and in their willingness to tax the wealthy." In short, she concludes, "racial identity may shape political attitudes among people who share evangelical faith -- even beyond the traditional black-white binary."

Noll's book, by contrast, goes back to the foundations of the nation and looks at the historical roots of evangelicalism. Among other conclusions he draws is that from the beginning evangelicals emphasized "the need for conversion. . .and the necessity of a life of active holiness."

It's the latter requirement that the 2016 presidential vote has so seriously called into question.

Because, as Noll correctly notes, the term evangelicalism "is too loose a designation ever to have produced a tidy historical record," he spends some necessary time seeking to clarify what the term means, though he notes that it's "important to realize that the emphases of evangelicalism have shifted as they came to expression in different times and places."

At its best, he writes, "evangelicalism provided a needed revitalization to English-speaking Protestant Christianity. It breathed vibrant religious life into stagnant or confused religious institutions. . .Most important, it communicated the beauty and the power of the Christian gospel in a wide variety of settings and through that gospel provided a wide range of individuals with purpose before God and meaning for this life, and it did so for the long haul."

By contrast, the bad news, as Noll describes it, is that at its worst, "evangelicalism neglected, caricatured and distorted the inherited traditions of Reformation Protestantism. Evangelical beliefs and practices could foster a self-centered, egotistic and narcissistic spirituality and also create new arenas for destructive spiritual competition. From in-group cliches, associations and institutions, evangelicals sometimes constructed new barriers to alienate humans from each other. They could turn so obsessively inward as to ignore the structures of social evil." And, as we know now, not just ignore those structures but actively cooperate with them.

So if you want to get a clearer picture of who Christian evangelicals are and of evangelicalism's roots, these two books provide a good place to start.

The largest American evangelical denomination is the Southern Baptist Convention. National representatives of that group met recently and, as this Atlantic report notes, the denomination has begun backing away from the Culture Wars. Those wars, spurred by certain voices on Fox News and by certain prominent preachers, have done considerable damage to the reputation not just of Baptists but also of many other evangelicals and Christians generally. As Jonathan Merritt, author of the Atlantic piece, notes, "disentangling the SBC from the GOP is central to the denomination’s makeover." So we'll see what progress on that front gets made in the coming year or two.