Home Archives Profile
How America's religious landscape is changing: 9-8-17
Another year -- and we still have terrorism: 9-11-17

What's most newsworthy today about the Protestant Reformation is not that it started 500 years ago next month, though that's what's getting the most attention. 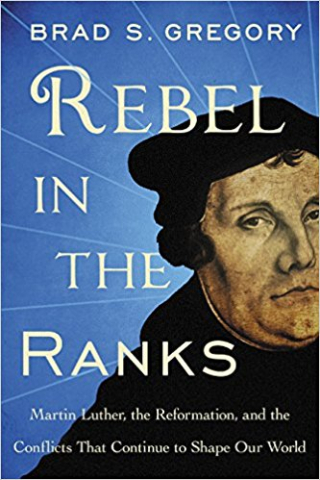 Rather, what's most worth paying attention to regarding the Reformation is the way it continues to shape American culture today. And that's the story that Brad S. Gregory (pictured below right), who teaches history at the University of Notre Dame, tells so well and compellingly in his new book, Rebel in the Ranks: Martin Luther, the Reformation, and the Conflicts That Continue to Shape Our World.

It's to be published on Tuesday and it's a terrific read.

Martin Luther, an Augustinian monk, was bothered by several issues he had with the church and he was bothered by his own uncertainty about his ultimate fate in an afterlife. Eventually (Oct. 31, 1517, in Wittenberg, Germany) he publicly outlined 95 points for discussion to clarify what was bothering him.

Well, as we know, the Catholic Church did not much welcome Luther's questions, which contained what it thought were heretical thoughts as well as a profoundly anti-pope bias. Eventually (1521) the church excommunicated Luther, but by that time the Reformation -- which he started, as Gregory writes, "inadvertently, improbably and unintentionally" -- was a movement neither he nor anyone else could stop or control.

And why was that?

One primary reason, as Gregory notes, was that Luther insisted that each Christian was free to interpret the Bible. Beyond that, the Bible, not the church and its tradition, was the only source of truth, Luther said. The term was "sola scriptura," scripture alone.

That idea, Gregory writes, "becomes his rock. On this basis he will criticize whatever in Church teaching and practice contradicts God's Word. On this basis he will reconstruct authentic Christian teaching and practice for the sake of lay people, who have been sadly misled through no fault of their own. And on this basis he will become the unwitting progenitor of a revolution in Western Christianity -- a revolution that will affect just about everything because of how religion is interconnected with the rest of life." The unforeseen and probably unintended consequence of the wide acceptance of sola scriptura was that every person became, in effect, his or her own denomination.

Which, of course, meant that the Reformation itself splintered, almost from the beginning: "The Reformation involves disagreements among Protestants no less than it assumes their repudiation of the Roman Catholic Church. Disagreement begins among evangelicals in the 1520s and never goes away. Instead of becoming a shared basis for reforming the Church, the Bible becomes a bone of contention among Protestants as well as between Protestants and Catholics." And we certainly can see that across the U.S. today. As Gregory notes, ". . .scripture interpreted through the Spirit, as Luther emphasized, could come to mean almost anything."

"The Reformation," Gregory writes, "had the long-term impact of gradually and unintentionally transforming Europe from a world permeated by Christianity to one in which religion would be separate from public life, becoming instead a matter of individual preference. This separation from public life is what I mean by secularization. Multiple areas of life in Western societies ended up getting secularized because the Reformation inadvertently made Christianity into an intractable problem."

So, he argues, correctly, "anyone who wants to understand how and why we have the Western ideas and institutions we have today must understand the Reformation and all that followed in its wake." 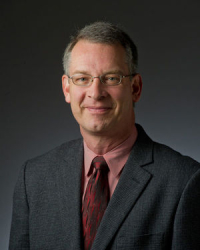 Luther, the troubled monk, can't find a way to feel that he's done enough for God to forgive his sins. Ultimately, based partly on insights from reading the New Testament book of Romans, he realizes that there's nothing he can do to merit forgiveness. Rather, divine forgiveness is always and only a gift of grace. That's the liberating message he begins to distribute via his writing. And his writing was nothing less than a massive outpouring. Within a few years, he was the most widely published writer in Germany, if not all of Europe. That story is told in detail in an excellent book called Brand Luther, by Andrew Pettegree, which I reviewed here last year for The National Catholic Reporter.

But because of Frederick's willingness to shield Luther, he did not get arrested or killed and he began to draw both supporters and foes of his idea that "scripture's authority trumps papal authority." It's true that all these years later Luther's most talked-about complaint about the Catholic Church was that it was selling indulgences to people so their dead loved ones might spend less time in purgatory and/or might avoid hell altogether. And, in fact, that was an important part of what Luther argued. But even many Catholics weren't happy with the selling of indulgences then and it was likely that without Luther the practice eventually would have gone away.

What was more important about Luther's challenge, as Gregory makes clear, is, as I've noted, that he freed individual Christians to believe that they could interpret scripture on their own and did not have to rely on the church's authorities to tell them what it means. When Luther then created a German translation of the Bible that many ordinary people could read, there was no stopping the Reformation, which then developed in many different forms, leading to the bazillion Protestant denominations (well, several thousand) today. Luther, Gregory writes, "would deride the idea of (religious) freedom we know today and disclaim any credit for it. In fact, he would be disgusted by it. . ."

Today, however, at least in the U.S., a common attitude among Christians is that they simply will agree to disagree, sometimes vociferously but rarely violently. Gregory, however, notes that "virtually no one held this view in the early sixteenth century -- and for good reasons, because their hope of eternal life depended on the fit of their faith, and all that implied, with God's truth." So Christians then literally went to war with each other -- often for decades. "The most fundamental and influential fact about the Reformation era is its sustained disagreement," Gregory notes.

And while the Protestants were killing each other, the Catholic Church was busy doing its own internal reforms. As Gregory writes, "The Reformation did not overcome or abolish Roman Catholicism; rather, it actually contributed directly if unintentionally to rejuvenating the Roman Church."

Gregory's book tells all of this and weaves in the lives and works of such other reformers as John Calvin, Ulrich (sometimes Huldrych) Zwingli and John Knox. It's a pretty complete picture in fewer than 300 pages.

In the end, Gregory concludes persuasively that "The modern Western world, in its basic ideas, institutions and assumptions, is in large measure the product of the interrelated responses that arose to address problems inherited from the Reformation era. . .The long-term outcome of the Reformation era -- and its ultimate irony -- has been the gradual, unintended secularization of modern Western society. That process still goes on today. . ."

SPIRITUALITY THROUGH THE CELLO

Music, known as the universal language, can be a powerful way for people to express their faith. And just because I love the cello (the Pandora station I play most often is Yo-Yo Ma Radio), I'm passing along this intriguing story from the Bay Area about a Jewish cellist and how the instrument lets him speak that universal language. The cellist, Amit Peled, says this: “I tell the public, I found my religion to be music. I am proud to be Israeli, proud to be Jewish. My kids go to Jewish day school. We go to synagogue. That’s important to me. But deep inside, what I believe in, is music.”

ANOTHER P.S.: On Sunday, The Kansas City Star published this 9/11-related column by me.