Ever since I was a child and used to look at a stained glass image of Jesus in the church of my boyhood, I've wondered what Jesus' face really looked like. 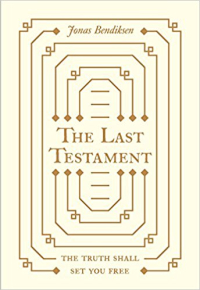 The options seem endless, as evidenced by the "Faces of Jesus" gallery filling several hallways at the Broadway Church in Midtown Kansas City. I wrote about that several years ago here.

Well, there were no cameras when Jesus of Nazareth walked the Earth, but today we have 18 pictures of seven people from around the world who actually claim to be Jesus. No, really.

Buzzfeed has published photos of these people taken, it reports, by Jonas Bendiksen, "a Norwegian photographer based in Oslo whose work examines the fringes of culture to capture a wider perspective of the world we live in."

"Fringes of the culture" is a pretty good term to describe people who go around claiming today to be Jesus Christ. In fact, it seems like too polite a description.

For the last several years, Bendiksen has been wandering the globe collecting photos of these folks, and he has a new book out about his journey. It's called The Last Testament.

As Bendiksen explains, "when the opportunity appeared to actually go and meet Jesus himself, to be able to ask some questions and get answers, and to feel what it is like to be in the room with something divine — well, that was pretty much irresistible for someone like me."

Well, I haven't read the book, but the photos via Buzzfeed are pretty engaging. My only question about these seven guys is this: Does their mother know what they're doing?

AND WE'LL FIGHT OVER THIS ONE, TOO

The Guardian reports that there's now a nonprofit religious organization with this goal: “To develop and promote the realization of a Godhead based on artificial intelligence and through understanding and worship of the Godhead contribute to the betterment of society.” Ah, but can a binary system produce a Holy Trinity?