A dozen or more years ago I wrote a longish page 1 piece for The Kansas City Star about the efforts various people and organizations around the country were putting into the idea of living much longer lives, if not forever. 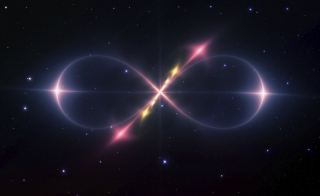 I began the piece by focusing on a healthy 100-year-old woman in Kansas City, Kansas, who was a little surprised still to be alive and living alone in her own house but who was ready to go any time and who didn't covet living on forever. (She didn't.)

Between then and now the efforts to extend life and move toward biological immortality not only have not ceased but seem to have increased in number and intensity, defying all logic, if you ask me. Yes, death is an enemy to be battled but it's also, ironically, at least partly responsible for making life meaningful and worth living.

I was thinking about all this the other day when I ran across this piece, which I didn't remember seeing before, published earlier this year by The Atlantic, called "Should We Die?: Radical longevity may change the way we live — and not necessarily for the better."

It says that "pushing the human lifespan far beyond the record 122 years and possibly into eternity is (a goal) shared by many futurists in Silicon Valley and beyond."

The Atlantic piece asks some good questions and observations, including this: "If we really are on the doorstep of radical longevity, it’s worth considering how it will change human society. With no deadline, will we still be motivated to finish things? (As a writer, I assure you this is difficult.) Or will we while away our endless days, amusing ourselves to — well, the Process Formerly Known as Death — while we overpopulate the planet? Will Earth become a paradise of eternally youthful artists, or a hellish, depleted nursing home? The answers depend on, well, one’s opinion about the meaning of life."

I don't take the Bible literally when Psalm 90 says, "The days of our years are threescore years and ten; and if by reason of strength they be fourscore years, yet is their strength labor and sorrow; for it is soon cut off, and we fly away."

But that does seem to point to a life of reasonable length and to acknowledge that despite all the mystery about life, somehow death is a part of life and we'd better get used to the idea that we'll never escape death. That, of course, says nothing about a belief in an afterlife, but it does move us toward using well the time we have here and not wasting it. Well, it should do that, but the evidence isn't especially persuasive that we value our time, given all of it that we devote to mindless entertainment and acquiring material goods that will be useless to us after death, if not long before.

So: Should we die? I say yes, with some reluctance, and I plan not to go gentle into that good night (though I hope I go expressing gratitude for the time I had, which some of you readers already think has been too long).

Lots of NFL players protested yesterday in defiance of President Trump, including in London, where some Baltimore Ravens kneeled for the national anthem but stood for "God Save the Queen." But does that sung prayer still need to be prayed? Hasn't Queen Elizabeth been on the throne almost as long as God?

P.S.: My latest Flatland column -- about the next Reformation in Christianity -- now is online here.