Home Archives Profile
What Trump got right (and wrong) in Saudi Arabia: 5-24-17
Modern echoes of the Inquisition: 5-26-17

The millions of fans of the Rev. Eugene H. Peterson, whose masterful paraphrase of the Bible called The Message has been wildly popular, will be thrilled to learn of the publication of a thick collection of his sermons, As Kingfishers Catch Fire: A Conversation on the Ways of God Formed by the Words of God. 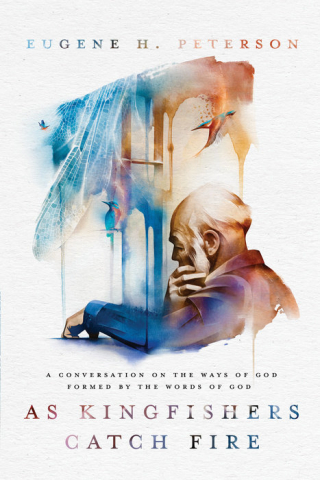 For almost 30 years, Peterson was the founding pastor of Christ Our King Presbyterian Church in Bel Air, Maryland. And now the rest of us get to listen in as he preaches wisdom and challenge to that congregation -- and to us.

Peterson, now a professor emeritus at Regent College in British Columbia, comes into the pulpit knowing where members of the congregation hurt and need balm, knowing their joys, their sorrows, their hopes, their rages. Over the bubbling, troubled water of human emotion he spreads out the oil of scripture and what he thinks it means for this time and place.

He tries not to get in the way of the word that God would speak to congregants. Rather, he tries to be a channel of God's grace, though a thoughtful, well-prepared channel.

For a Christmas sermon, for instance, he returns to the Isaiah source of the promise, "To us a child is born, to us a son is given." And he notes the foolishness of human wisdom about that: "One would think that a thunderbolt would be more effective. Or something massive and worldwide like Noah's flood. Something attention getting like the fire and brimstone of Sodom and Gomorrah. Something spectacular like the battle of Armageddon. What they got was a child. What we get is a child."

For Peterson, the word "congruence" is crucial. The Christian life for him must be in harmony with what we've learned about life from Jesus:

There are seven sections here, each containing seven sermons. 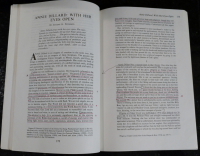 And each section shimmers with insight.

A closing aside: One of the best pieces I ever read by Peterson was his July 1986 article in Theology Today about author Annie Dillard, author of Pilgrim at Tinker Creek and other works. I still have that piece on my office bookshelf (well marked up from my reading it years ago, as you can see in the photo at left), though the link I've given you to it is merely an abstract of it. But I knew then that Peterson was something special as a writer and as a thinker.

He's still at it today, though this latest volume of sermons may serve, in some sense, as a final representation of his life of ministry. And the rest of us are blessed to have it.

E-MAIL ME YOUR ANSWERS

When President Trump and Pope Francis met at the Vatican, the pontiff, reports RNS, gave Trump "three lengthy documents, including his landmark encyclical underscoring the perils of global warming." And Trump replied, "I will be reading them." You may insert your own punchline -- about lying, about reading attention span, about global warming, about any of dozens of other possibilities -- here.