Home Archives Profile
An Episcopal-Methodist partnership? 5-22-17
What Trump got right (and wrong) in Saudi Arabia: 5-24-17

Another problem when religion fades: 5-23-17

It no longer is news that religion has become less important to many Americans. We've all read about the decline in membership of many Protestant denominations. We know that about 25 percent of American adults now consider themselves religiously unaffiliated. We're aware of surveys that show atheism is on the rise. And on and on. 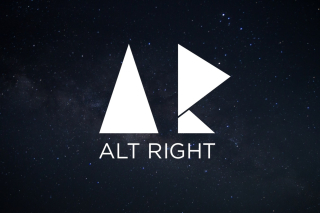 What is less understood are some of the ramifications of this slippage. This became clearer to me recently when I read this fascinating article in the current issue of The Atlantic. It's called "His Kampf," and describes how alt-right white supremacist Richard Spencer has become a leader of this vile movement. (The article is long, but worth your time.)

The author, journalist Graeme Wood, who was a high school classmate of Spencer, writes this toward the end of this disturbing profile:

"Meanwhile, religion has faded. (The late Christopher) Hitchens (an aggressive "new atheist") would have said that's for the best. But at the Christmas party (described earlier in the piece), Spencer was right about religion's power. It exerted a binding force and sense of purpose on its followers, and in its absence, the alt-right is delighted to supply values and idols all its own."

Now, of course, the huge majority of people who either have walked away from institutional religion or were never connected to it in the first place do not adopt the radically racist thinking of much of the alt-right. But it's also true that when a vacuum begins to form, something will try to fill it.

Some of what fills gaps left by religion is, in our culture, mindless entertainment with no moral center, whether that means violent films or video games or online trash of various kinds. But for the especially susceptible, the vulnerable, the intellectually flaccid, the malignant ideas of the alt-right can have some appeal.

It is a foolish waste of time to pine over some imagined time of American greatness in, say, the 1950s, when churches and synagogues were full and there weren't many mosques or other houses of worship. There was much that was diseased about that time of more overt and systemic racism (including in religious bodies). Nonetheless, it is understandable for many Americans who have deep roots in religious faith to wish that the defensible values and morals promoted by such faith were more robustly available today to act as a counter force to the malevolence of the alt-right.

This is not news, either: It's up to such people of faith to work to make that so.

Disgraced and once-jailed former televangelist Jim Bakker is back preaching that the end times are near (he'll sell you survival food) and that Donald Trump was anointed by God, this longish Buzzfeed story reports. Doesn't sound like he's learned much.