As President Trump travels to the heart of Islam, Saudi Arabia, I want to call to your attention a book about Islam that I haven't yet had a chance to read but that may (or may not) help you understand some of the historical background and context that I have every confidence the president knows almost nothing about. 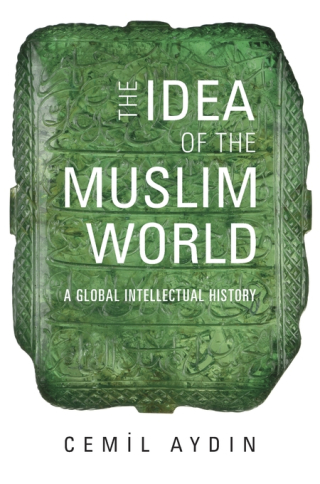 But his ignorance and short-attention span need not be our model.

This Chronicle of Higher Education review of a new book called The Idea of the Muslim World: A Global Intellectual History, by Cemil Aydin, suggests that when we think in blanket terms, such as "the Muslim world" or "the West," we get a dangerously distorted view not just of present reality but also of history.

Each of those terms covers a huge and often-clashing internal reality that cannot be brought to harness by a single term. As I've said over and over to the point of tiring even myself out, labels hide more than they reveal, so we must be really careful in how we use them.

And even drawing such distinctions may not help you much in knowing what common feature is meant by use of the term.

And as the reviewer writes in the piece to which I've linked you, it helps also to know that "the racialization of Muslims as a homogeneous group and the construction of the 'Muslim world' as a seamless whole began in this period (the latter half of the 19th century), with the onset of Western colonization of much of what we term today the Middle East and other parts of Asia."

Yes, but we can't blame Western imperialists alone: "What is interesting is that this European project of constructing a monolithic 'Muslim world' was bolstered by Muslim intellectuals themselves, who, in the same period, sought refuge in Pan-Islamism," the piece says.

Well, I'm glad these kinds of efforts at history are being made. Perhaps they can redirect the kind of anti-intellectual critiques of Islam we've seen not just from this president but also from some of his willfully ignorant followers. The truth about the history and current state of Islam is complex, nuanced and difficult to hold in a one-frame picture.

That reality should lead all of us to speak about Islam (a jewel with a thousand cuts and shapes) with caution. But it rarely seems to.

THE DEATH OF BIBLICAL LITERACY

An Emory University professor suggests in a new book that knowledge of the Hebrew scriptures among Christians is now so slight that it's accurate to say that, at least for Christians, "the Old Testament is dying." Biblical and theological illiteracy, in fact, is severe among American Christians, and interfaith understanding is even worse. If your congregation isn't helping you with this problem, find one that will.