One of the questions scholars of religion and others ask about the growing number of people in the U.S. (and Europe and some other places) abandoning institutional religion is: What is their image of God? 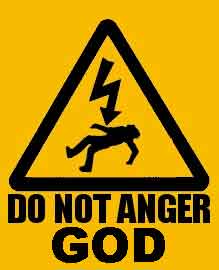 Fr. Richard Rohr, a Franciscan priest who is founder of the Center for Action and Contemplation, thinks he knows. And he thinks it helps to explain why they are moving away from traditional faith communities.

In his recent book, The Divine Dance, Rohr says that a truly Christian understanding of God includes grasping the paradox that God comes to us most persuasively and powerfully in weakness, especially as Jesus Christ, born a helpless baby and ultimately crucified by Roman authorities in Jerusalem.

"Jesus," he writes, "is the suffering and dying of God visible for all to see. As long as we have the Zeus-notion of God. . .we can't make much progress. He is the power-hungry, remote-control god at the top of the hierarchy of gods, throwing down thunderbolts and favoring a very few chosen ones. He is always a he; he is almighty, but not equally all-vulnerable. . .Our collective and cultural understanding of God, I'm sorry to report, hasn't moved much beyond the 'Almighty God' language we took for granted; we haven't realized that God has forever redefined divine power in the Trinity! The Christian God's power comes through his powerlessness and humility. Our God is much more properly called all-vulnerable than almighty, which we should have understood by the constant metaphor of 'Lamb of God' found throughout the New Testament.

"But unfortunately, for the vast majority, he is still 'the man upstairs'. . .In my opinion, this failure is at the basis of the vast expansion of atheism, agnosticism and practical atheism we see in the West today. 'If God is almighty, then I do not like the way this almighty God is running the world,' most modern people seem to be saying."

Although I think Rohr is on to something important here, the reasons for the decline in religious adherence in the U.S. and elsewhere are many and complicated. It's not just one thing.

But surely the Zeus-like image of an all-powerful God who somehow nonetheless doesn't seem to be powerful enough to stop suffering and evil in the world is part of the problem.

And if you insist I'm wrong, I'll pray to have God zap you with lightning. (Surely She'd do that, right?)

THE POPE CHOOSES THE WRONG WORDS

Next time you want to compare something to what the Nazis did or compare someone to Hitler, just stop. Pope Francis just compared current refugee camps to Nazi concentration (read death) camps, and now he's being (properly) criticized for it. The Holocaust was unique. It should not be compared to some current disaster, no matter how troubling.