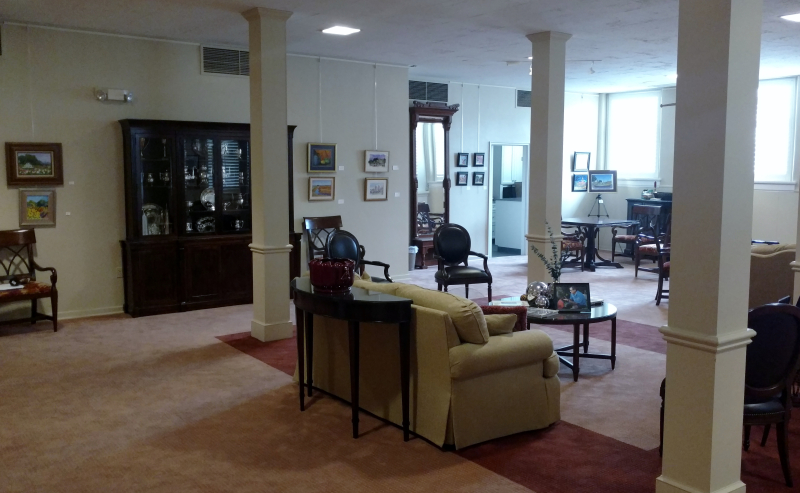 Within the past year, thanks to my wife and some others, the parlor in our church building has become the site of a rotating art gallery displaying works not just by the artists within our congregation but also artists from the community.

It's been pretty cool.

It turns out that this use of church space for art is something of a trend around the country, as this Religion News Service story describes.

The in-church art gallery in Lexington, Mass., described in the opening of the story, is "one of hundreds that have cropped up or expanded in U.S. churches over the past decade," the story says. 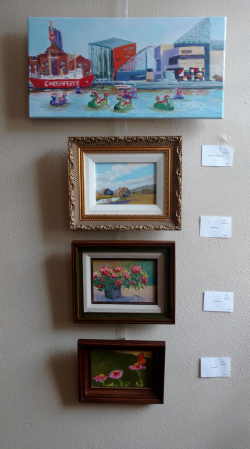 "With a few inexpensive moves to turn bare walls into venues, churches are using visual displays for a range of purposes. Some complement lessons taught in worship (one church asked members to submit art pieces in response to a sermon series on thriving). Others bridge cultural divides with the secular world (such as a show at a Fort Wayne, Ind., church featuring local artists’ creations from discarded objects and materials).

"Parishioners, staffers, artists and neighbors all say they benefit as displaying art becomes a larger part of the church’s mission."

In the parlor of Second Presbyterian Church of Kansas City (my congregation), artists put up displays of their work for a month. Then another artist gets featured. Then another. Artists may sell their works.

We also use art by church artists in our library on a rotating basis. And our church artists (plus a few from elsewhere) gather for several hours once a week in the church to work on their art together.

In addition, this fall will mark the second year of Second's "Art on Oak" event featuring local artists.

The old question of what art has to do with theology is always worth discussing. Clearly art has had many spiritual uses over time and even been the subject of controversy, such as in the battles over the use of icons. But, in the end, humans are artists (as is God), and beauty is its own excuse for being.

(By the way, here is the blog post I wrote back in 2009 about the faces-of-Jesus artwork on display at the Broadway Church near 39th and Broadway.)

(The photos here today show the Second Church parlor with displays of art by Liz Vargas, whose work currently is being featured there. You can shop for her work here. Or stop by 55th and Brookside and have a look.) 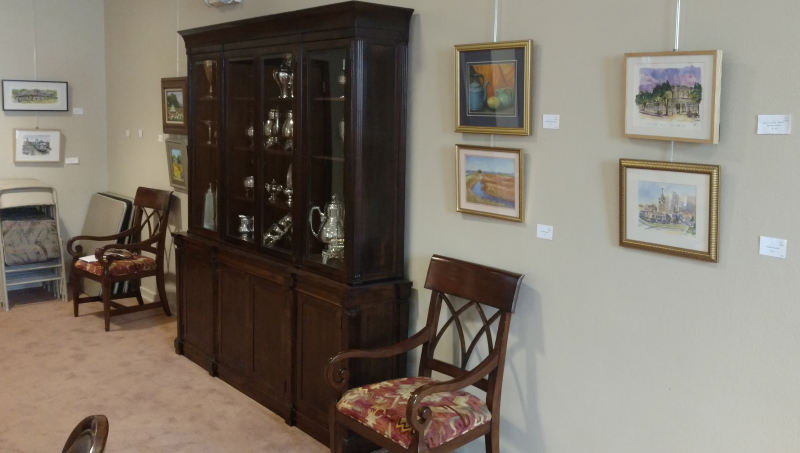 A WISE VOICE OF WARNING

At least since the 9/11 terrorist attacks, Jonathan Sax, former chief rabbi of Great Britain, has been an important voice for interfaith understanding and connection. Recently he spoke at Duke University, where Religion News Service did this interview with him. One of his good insights: "In the Middle East and elsewhere, political protest is taking religious form. We haven’t seen that in the West since Martin Luther. The great rows in the 16th and 17th centuries were religious rows. The cliché is right: Those who forget history are doomed to repeat it. The West has forgotten what religious revolution looks like. Religion isn’t something you do just in the home or in a house of worship. You can sometimes take it to the street, and we’ve forgotten how dangerous that can be."