Home Archives Profile
A complicated calculus on abortion: 1-23-17
Is the celibate Catholic priesthood nearing an end? 1-25-17

One day after school last week, two of my elementary-school granddaughters were at our house and wound up watching a show on TV about pampered dogs. 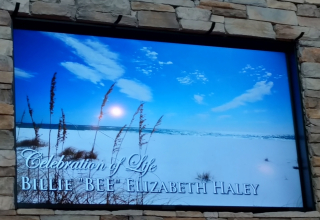 Pampered dogs? That's what it said. And, boy, it wasn't kidding.

One of the obscenely expensive item shown was a doggy dish that cost just under $1,000.

My 11- and 9-year-old granddaughters rolled their eyes in disbelief. As well they should have. And I made sure I rolled my eyes, too, because I wanted them to know that something that needlessly expensive for a dog was, in my view, a case of losing all sense of proportion and all sense of moral balance.

Just think, I told them, what $1,000 could do instead if it were used to help feed a malnourished family suffering from a bad and inadequate diet because of poverty.

They nodded. End of story. No need at that point to make it any clearer. They got it.

I thought about that a few days later when I attended the memorial service of Bee Haley, who had served as development director for Kansas City Hospice & Palliative Care, a non-profit on whose board I serve.

Over her years with KCH&PC, Bee had helped to raise some $30 million to help us care for people at the end of their lives. And before that she was a fund-raiser for the American Cancer Society, where she helped raise an estimated $20 million.

It was important work, and it encouraged countless people to be generous, to use their wealth to help others, to, well, not spend it on $1,000 dog dishes.

No one, including me, has a perfect record when it comes to not wasting money foolishly or on needlessly extravagant things. Nearly all of us have bought stuff for way too much just because, well, we could.

But I hope that when I'm tempted to do that in the future, I'll remember Bee's voice and her hard work to make sure that K.C. Hospice had the resources needed to make sure the people for whom it cares have a smooth trip to the end. Give $1,000 to that instead of a doggy dish fit for a king and, in the end, you'll have shown that you have your priorities straight and that the great religions' call to give charitably isn't a scam. It is, rather, a call to live recognizing the ultimate worth of every human being.

FROM THE HIP-HOP WORLD TO ISLAMIC LEADER

Here is a Washington Post story that blows up the image of a typical Islamic imam. It's about Suhaib Webb, who grew up as a wild white kid in California and now is a Qur'anic scholar and movement leader. Like Christianity, Islam includes an astonishingly broad range of people around the world.