Home Archives Profile
Here's your next stack of faith-related books: 1-17-17
Focusing on the past may make us miss the present: 1-19-17

When I ran across this story a day or two ago, I thought at first that it was a reprint from the 1980s or '90s. What, I wondered, is news about the fact that two seminaries are asking their teachers to use gender-inclusive language when referring to God? 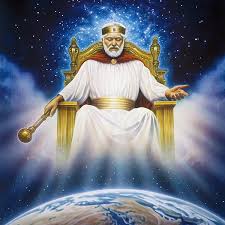 In fact, the issue of gender-neutral language in religion goes back well before that. I recall being in a Sunday school teacher training session in the 1970s when the issue came up.

Perhaps there are a lot of people who never got the news that God is neither male nor female in the way we think of those terms. As the New Testament says, God, rather, is spirit.

So perhaps it's worth the time of divinity schools to re-emphasize the need for language that doesn't reinforce the old image of God as an old man with a white beard.

But it's worth issuing this caution: Even gender-neutral language can become an idol.

Back in the 1980s, I attended a forum at Louisville Presbyterian Theological Seminary, and while there heard stories about that very danger. What had happened several times, I was told, was that when a guest preacher in the school's chapel would use gender-exclusive language by calling God "He," some students would simply get up and walk out in protest.

There are lots of theological matters worthy of intense discussion and even, at times, protest. But in that case the seminarians' actions seemed to me simply to be rude. If they wanted to confront the preacher about gender-inclusive language, that could have been done one-on-one after the service -- and, in fact, that might have been more effective. Now, if the same preacher later returned and intentionally used masculine-only language for God after having been told why that's not a good idea, then I could understand a walk-out as a reasonable protest.

Hinduism, it is said, has 300 million gods, though, of course, in the end, it is a monotheistic faith. But with 300 million different ideas about God, it's hard to argue that all should be male or all should be female. What we must remember is that our minds are finite and we are (arrogantly but often sincerely) trying grasp the infinite. As I say in my new book, The Value of Doubt, we would do well to bring a little humility to that task.

(P.S.: I'll be speaking about my new book at the Faith and Life Forum at Memorial Church at Harvard University at 9:30 a.m. on Sunday, Feb. 5. If you're anywhere near Cambridge, Mass., that day, I hope you'll drop by.)

SHOULD BE THROW OUT 'ORIGINAL SIN'?

And speaking of traditional views being challenged, theologian Danielle Shroyer has a new book out, Original Blessing, in which she argues that Jesus didn't believe in Original Sin so maybe we shouldn't either. In terms of expected reaction, think of the story of the man who claimed that the emperor was wearing no clothes. In effect, that's what Shroyer is saying. Let me know if you think she's right.

P.S.: In the week of July 9, I will be teaching a class at Ghost Ranch based on my new book, The Value of Doubt: Why Unanswered Questions, Not Unquestioned Answers, Build Faith. The class will delve into some of the puzzling theological issues that sometimes cause people to lose and/or just question faith. Asking hard questions and expressing our doubts is the way to an authentic faith, I argue in the book. We'll delve into all that. You can register online for the class, called "Building Faith Through Doubt," here. Ghost Ranch, in northern New Mexico, is an education and retreat center of the Presbyterian Church (USA) that welcomes all people of any and no faith. And because today is my birthday, you should give me not presents but the gift of your presence with me this summer at Ghost Ranch.