Home Archives Profile
Why the racial equality struggle must go on: 1-16-17
Our misleading male images of God: 1-18-17

We're far enough into the new year that by now many of you already have finished the books you got for Christmas (I hope one of them was my new one, The Value of Doubt).

So today I'm going to alert you to some new faith-based books that can carry you perhaps all the way to Groundhog Day or maybe even Valentine's Day, depending on how fast you read. (I'm a slow reader because I tend to rewrite in my head whatever I'm reading. Dumb idea, but a hard-to-break habit.) 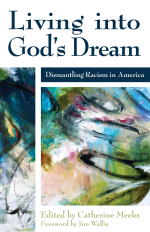 -- Living into God's Dream: Dismantling Racism in America, edited by Catherine Meeks. This is a timely collection of nine essays about healing the racial divides that have plagued the U.S. from its beginning. Having just been inspired again by Martin Luther King Jr. Day, we might do well to absorb the lessons in this collection and see what conversations and actions about racism should be happening now and how they differ from what we said and did in King's time. As we head into a new presidential administration, it's important that healing conversation and action outweigh the toxic variety, and this book can help with that task.

-- Cancer Is Funny: Keeping Faith in Stage-Serious Chemo, by Jason Micheli. The author is a pastor who has developed a rare form of cancer and has been through rounds of tough chemo treatment for it. But on that journey he has discovered that you can laugh with others even at a deadly disease and redeem the time and the experience. ". . .when I say cancer is funny, I mean that your every pretense falls away, right along with your pubic hair. It makes you absolutely vulnerable to others, both to their fragile, pitying stares and to their sincere gestures of support you would've proudly shurgged off before cancer. Cancer refuses to let you stand at a comfortable adjacency to life. It announces your mortality -- our species' number one subject of avoidance -- in a style as ugly and obvious as a spray-on tan or title loan sign. Cancer leaves you with no other choice but to trust the last people you would choose to trust: others." It's a compelling read with just the right message (said me, a man who has never had to fight cancer).

-- The Unexpected Perspective: The Implications of Darwin and the Big Bang for Christians. . .and Everyone Else, by Carl W. Treleaven. Into the crowded mix of books about science and religion comes this effort to help Christians of the "conservative" or "evangelical" style embrace the ideas about evolution from Charles Darwin and about the Big Bang. It's an interesting and noble effort but Treleaven continues to insist, with the biblical literalists, that Adam and Eve were real, historical people. It takes some fancy dancing to embrace both Darwinian evolution and Adam and Eve as historical realities. You'll have to decide whether Treleaven pulls it off. What is true and admirable is that the author is right that many Christians have wasted a lot of time defending an anti-science stance when they should have been sharing the good news of the gospels.

-- Creative Visualization: Use the Power of Your Imagination to Create What You Want in Your Life, by Shakti Gawain. This is the special 40th anniversary of this book, which helped to launch the New World Library publishing venture. The author teaches readers how to use images in the mind to generate good changes in one's life. So far the book, counting its various editions, is said to have sold more than seven million copies. If you think seven million readers can't be wrong, here's your chance to test that theory.

-- Thérèse, by Dorothy Day. The great Dorothy Day, founder of the Catholic Worker Movement, published this book in 1960 to introduce people to St. Thérèse of Lisieux (born Marie Françoise-Thérèse Martin in 1873) and later known as the Little Flower. When first introduced to the life of Thérèse, Day was underwhelmed. But she came to revere the Little Flower as Day's experiences working with the poor and marginalized made her appreciate Thérèse's approach to life. Among the places you can find St. Thérèse's name remembered is here in Kansas City at St. Thérèse Little Flower Catholic parish.

-- Witness: Learning to Tell the Stories of Grace That Illumine Our Lives, by Leonard J. DeLorenzo. Perhaps the most effective way to tell others about our faith is to tell stories about what faith has meant to us and why. This book, by a theology professor at the University of Notre Dame, teaches skills to help shape those stories and make them more understandable and winsome. As I assert in my own latest book, The Value of Doubt, we live by metaphor, by myth, by allegory -- by story, in other words -- because there really is no other way. DeLorenzo offers here examples of how to tell our stories of grace and love and beauty so that they can make a difference not just in our own lives but also in the lives of others.

-- 25 Life-Changing Questions from the Gospels: Letting Jesus Lead You through the States of Spiritual Growth, by Allan F. Wright. Jesus was a curious man. I don't mean that he was odd or strange, though no doubt there's a case to be made for that, too. Rather, I mean that he asked a lot of questions. It was a sort of Socratic way to complicate the thinking of people, to get them to confront their fears, their insecurities. The author of this book has gathered together more than two dozen of Jesus' questions in the hope that readers will use them to confront their own situations and grow spiritually from the confrontation. The book is deeply rooted in Catholicism, but the approach of hearing Jesus' questions and pondering them is applicable to any Christian and even people outside this faith tradition.

-- You Carried Me: A Daughter's Memoir, by Melissa Ohden. The author of this book found out when she was 14 years old that her mother sought to abort her but failed. That led her to seek her biological parents to piece together how that decision was made and why, what happened and how her life developed the way it did. Through this harrowing story, the author confirms that the parents who reared her loved her, despite a traumatic beginning to life. Every woman who has had an abortion has a difficult story to tell. Perhaps this book will help others hear those stories more sympathetically.

-- The Saints: An Adult Coloring Book, by Daniel Mitsui. This thin book is exactly what it purports to be, plus a little more. As readers are encouraged to color in the artist's drawings of various saints, they also learn a bit about each of them. As with many of the newly popular adult coloring books, the art in this one is quite detailed and will require time and a steady hand.

NOT MUCH CHANGE IN CHURCH ABUSE SCANDAL?

A new book says the Catholic Church isn't making much progress even under Pope Francis in stopping the sex abuse scandal involving priests. But the Washington Post story to which I've linked you says the new book doesn't offer a lot that's new, except for some details of previously known cases. Whatever the church needs to do to stop abuse and reconcile with those injured it needs to do quickly. None of this should have happened in the first place, and bishops must own a lot of the blame.