For Martin Luther King Jr. Day this year, I'm going to return to some words spoken last week by our first African-American president, Barack Obama, words that sought to describe where we stand on race relations in this country. They are worth re-hearing. Give them a read. Then I'll have a comment or two: 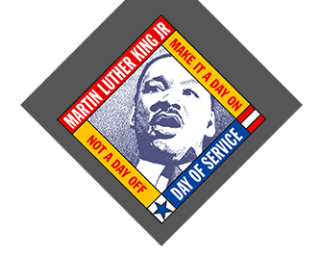 After my election, there was talk of a post-racial America. And such a vision, however well-intended, was never realistic. Race remains a potent and often divisive force in our society. Now, I’ve lived long enough to know that race relations are better than they were 10, or 20, or 30 years ago, no matter what some folks say. You can see it not just in statistics, you see it in the attitudes of young Americans across the political spectrum.

But we’re not where we need to be. And all of us have more work to do. If every economic issue is framed as a struggle between a hardworking white middle class and an undeserving minority, then workers of all shades are going to be left fighting for scraps while the wealthy withdraw further into their private enclaves. If we're unwilling to invest in the children of immigrants, just because they don’t look like us, we will diminish the prospects of our own children -- because those brown kids will represent a larger and larger share of America’s workforce. And we have shown that our economy doesn’t have to be a zero-sum game. Last year, incomes rose for all races, all age groups, for men and for women.

So if we're going to be serious about race going forward, we need to uphold laws against discrimination -- in hiring, and in housing, and in education, and in the criminal justice system. That is what our Constitution and our highest ideals require.

But laws alone won’t be enough. Hearts must change. It won't change overnight. Social attitudes oftentimes take generations to change. But if our democracy is to work in this increasingly diverse nation, then each one of us need to try to heed the advice of a great character in American fiction -- Atticus Finch -- who said “You never really understand a person until you consider things from his point of view…until you climb into his skin and walk around in it.”

For blacks and other minority groups, it means tying our own very real struggles for justice to the challenges that a lot of people in this country face -- not only the refugee, or the immigrant, or the rural poor, or the transgender American, but also the middle-aged white guy who, from the outside, may seem like he’s got advantages, but has seen his world upended by economic and cultural and technological change. We have to pay attention, and listen.

For white Americans, it means acknowledging that the effects of slavery and Jim Crow didn’t suddenly vanish in the ‘60s --  that when minority groups voice discontent, they’re not just engaging in reverse racism or practicing political correctness. When they wage peaceful protest, they’re not demanding special treatment but the equal treatment that our Founders promised.

For native-born Americans, it means reminding ourselves that the stereotypes about immigrants today were said, almost word for word, about the Irish, and Italians, and Poles -- who it was said were going to destroy the fundamental character of America. And as it turned out, America wasn’t weakened by the presence of these newcomers; these newcomers embraced this nation’s creed, and this nation was strengthened.

So regardless of the station that we occupy, we all have to try harder. We all have to start with the premise that each of our fellow citizens loves this country just as much as we do; that they value hard work and family just like we do; that their children are just as curious and hopeful and worthy of love as our own.

There was a good reason that people of faith -- especially Christians and Jews -- were the spark plugs in the civil rights movement. The core values held by the world's great religions call for all people to be treated with dignity and respect, even with love. That was King's message. And that, too, was Obama's message not just as he prepared to leave office but throughout his presidency.

Prejudice and bigotry are grounded in fear, which in turn is grounded in ignorance. Our better angels call us to reject fear and ignorance and to live as if we really believed that all individuals of all backgrounds are of inestimable worth. A nation whose original sin was slavery must never tire of working to remove the continuing effects of that savagery. For, indeed, it was the white slave masters who were the savages, not the black slaves.

MAYBE YOU MISSED THIS

Did you know that yesterday was World Religion Day? It's an annual celebration that came out of the Baha'i tradition in 1947. Sadly enough, lots of churches in Kansas City commemorated it by canceling Sunday services because of a threatened ice storm -- a storm that frankly didn't live up to its hyped billing. That's one weird thing about Kansas City. The threat of weather often can result in more response than the weather itself.