Home Archives Profile
How are Americans living with terrorism? 10-31-16
The role of clergy in an election: 11-2-16

As of yesterday, we are a year away from the 500th anniversary of the start of the Protestant Reformation, which is dated from Oct. 31, 1517, when a Catholic monk named Martin Luther attached to the castle church door in Wittenberg, Germany, his "95 theses" about what he thought was going wrong in Catholicism. 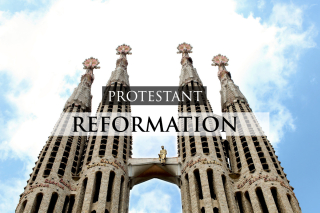 So from time to time over this coming year, I'll be returning to questions about the Reformation, including whether it was necessary and whether something like a new reformation is necessary now.

Donna Schaper, the senior minister of the Judson Memorial Church in New York City, says in this engaging piece that not only is a new reformation needed but that, whether we want it or not, it's already well under way.

What caused the first Reformation, she says, had to do with the church getting stuck in its ways.

"Today," she writes, "we have the same fossilization of institutional religion, only this time it is us Protestants.

"Everywhere you look a church is closing its doors, or becoming a restaurant or a condo or a theater. The denominations that developed to support the new democracies are all but moribund, singing a narrative of decline complete with 'reorganizations' and hand-wringing about the good old days when everyone knew what a Lutheran or Presbyterian was. Now most people who still believe with a gracing Spirit don’t really care what they are in the first place.

"That applies unless you are the type of conservative Christian who has a theology of blame and shame or what I call “punishmentalism.” Then you still want to 'get it right.' The mainlines are the old lines, and the evangelicals’ dogmatism will soon be there as well. Gratia always escapes religious tendrils and chains. It goes underground like 'the holy grail,' blooding and chugging along.

"The next Reformation in this 499th year of the last one is already in full swing. It is 'big God' optional and spirit-friendly. It has a narrative of a great rising from democratic roots. It uses technology to further democratize so-called religion. It is global in its reach—imagining that nobody has the right name for God yet."

It's certainly clear that change is happening in Protestantism, both in the U.S. and abroad. In fact, Schaper's conclusion is in harmony with what the late Phyllis Tickle wrote in her important book, The Great Emergence, which is that about every 500 years the church has a rummage sale to get rid of what it no longer needs. What is not yet clear is whether it's possible to save what's been good about the Protestant movement while creating something new. First, of course, we must have the debate about what's been good and what has been destructive.

DOES IT MEAN ANYTHING TO BE CALLED A PROTESTANT TODAY?

And just to stick to a theme today, here is a worthy piece about whether Protestantism (however you define it) really means anything today and whether it has not just a future but even a present. An answer from the author of the piece: "In another 500 years, Protestantism will have either gone back to Rome or splintered into a billion churches of one."