For American Muslims, this presidential election season has been little short of a nightmare. 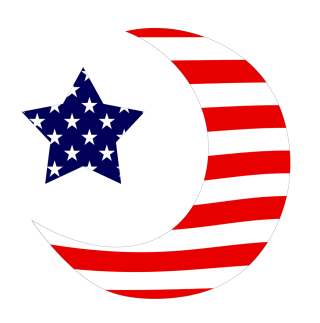 A major part of that has been the anger and resentment toward Muslims that Donald Trump stirred up when he proposed at least a temporary ban on any Muslim seeking to enter the U.S. It's no secret that such xenophobic rhetoric can -- and often does -- lead to violent behavior.

So what does American Muslim life look like in this wrathful time? Daniel Burke, CNN's talented religion editor, has put together this fairly lengthy look at that question, focusing especially on the life of a 17-year-old Muslim girl who lives in Maryland.

"It's difficult," Burke writes, "to measure a sentiment such as Islamophobia, the word for hatred and fear of Muslims. But it's also hard to escape the idea that being Muslim in America today is like watching comment sections spring to lurid life. The anti-Muslim rallies, the vicious hate crimes, the racial profiling, the threats and taunts and questions about divided loyalties.

"Scholars say Islamophobia seems to surge after attacks by Muslim extremists and during presidential campaigns, when candidates pledge to get tough on terrorists, often by singling out Muslims."
Nobody has an accurate count of the number of Muslims in America, though generally most scholars and journalists use the 3.3 million figure that the Pew Research Center has come up with. But I've heard Muslims and others suggest that the real figure could be as high as 8 to 10 million.
The exact count doesn't matter. What matters is that Muslims have been in this country since slave-trade days (many coming here as slaves) and are part of American culture. I'm currently reading for review, Muslims and the Making of America, by Amir Hussain, which details the long history of Islam in the New World. (The book is to be officially published today. Watch for my review here tomorrow.) It's difficult not to conclude from this book and from Burke's CNN reporting that the anti-Muslim bigotry in the land today is rooted in historical ignorance and a desire to return to a time when white Protestants pretty much ruled the land.
Those days are gone. It's time to welcome every immigrant who wants to be a good American citizen. And it's past time to respect the religious choices everyone here makes -- so long as those choices don't involve violent extremism.
* * *

Let's not lose sight of the terrible murder of nine black parishioners in a church Charleston, S.C., in June 2015. Jury selection began this week in the case. This is one more example of someone with locked-down answers to hard religious questions acting out in violent ways. That kind of false certitude is what I argue against in my new book, The Value of Doubt, which I'll talk about at 6:30 tonight at the Plaza branch of the Kansas City Public Library. Make a reservation for this free event here.