As I noted here on the blog in May, the United Methodist Church appears to be headed for a major schism, which finds its roots in the question of what, if anything, the Bible says about homosexuality. (For my take on that question, click here.) 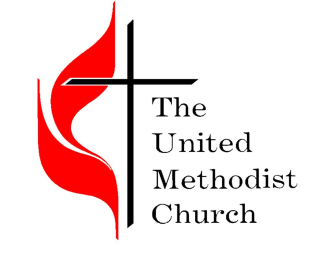 The church, about 5 million of whose 12 million members are from countries outside the United States, has tried to forestall that split by creating a commission to study the issue some more.

No one knows how all that will come out, but I can't see how another study will make any difference, and I suspect that a schism eventually is inevitable.

That said, there's more to this story -- for Methodists and particularly other Protestant denominations -- than just the division over the Bible and homosexuality.

As this interesting Patheos.com blog asserts, the source of schism goes quite a ways back. In the case of the Methodist Church, the author argues, it goes back to 1939, when the denomination decided to give an equal vote to lay people. (It's also the 50-50 power-sharing way that is in place in my denomination, the Presbyterian Church (USA).)

"This decision," writes Robert Hunt, "was the logical outcome of a century of democratization in the church, or put another way, the steady influence of democratic ideals within a church that traditionally vested authority in a elite, self-selecting male hierarchy. It is a pattern being worked out in other religions as well as they move into the era of the idealization of democratic values. Indeed I would suggest that the first great divide that affects all inter-religious dialogue is the difference between democratic religious organizations and those that are in some form or another oligarchic."

Hunt is the director of global theological education at Perkins School of Theology of Southern Methodist University.

I think Hunt is generally right, and I acknowledge that at the end of his blog post, he writes this: "Does this mean that I oppose the vote of lay persons in UM General Conferences? No, I believe that the early Reformers were right that Christ vested authority in the baptized members of the apostolic church, who are as a body the true successors to the apostles."

But Hunt seems pretty regretful of this power-sharing arrangement, nonetheless, and suggests the price paid to implement it has been too high.

I have a different take. Rather than bemoan the tendency of Protestant laity to create division via democratic means within the church, I think this system of clergy-lay governance places a greater responsibility on the church as a whole to help make its members theologically literate. Many of the things that divide churches rise to the surface because many people in the pews are theologically and biblically illiterate.

What every church needs is an atmosphere in which people are encouraged to express their questions about faith and even their doubts. This is one of the major points in my just-released book, The Value of Doubt: Why Unanswered Questions, Not Unquestioned Answers, Build Faith. (If you're in the Kansas City area, I invite you to join me for my first public talk about this book at 6:30 p.m. on Wednesday. Register for this free event here.)

Such vibrant discussions about matters of faith may not, in the end, prevent schism. But without the freedom to talk in educated detail about such things, schism is almost inevitable. There still will be questions of authority, of course, but even those can be resolved amicably if people are not spewing theological foolishness rooted in nothing other than their own whims and fancies.

A POLITICAL SOURCE OF HATE CRIMES

A new report from a university-based California think tank suggests that a rise in hate crimes can be attributed to political rhetoric. Like that we've been hearing again and again from Republic presidential nominee Donald Trump. That conclusion seems pretty obvious. When political leaders engage in provocative language designed to raise fears, those fears get acted out. Come on, Americans. We can be better than that.