Home Archives Profile
Misusing Christianity for racist purposes: 9-22-16
Is this the real cause of religion schism? 9-24/25-16

The Wells Fargo bank scandal, recently uncovered, was profoundly appalling but not surprising. When money is an idol, as it surely is in our society, unethical behavior inevitably follows. 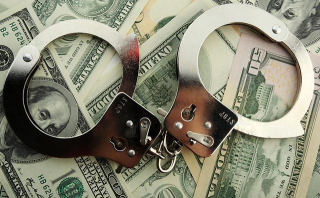 The reassuring aspect of this deplorable story is that the big bank company had some employees whose moral compass not only had not been compromised but drove them to oppose and eventually reveal the unconscionable practice of opening new (and fraudulent) deposit and credit card accounts in the name of current customers without telling those customers what was going on.

The scam frankly seemed to me to be short-sighted and, ultimately, stupid and worthless. But short-term gains sometimes are all it takes to move some people from temptation to dishonest behavior.

Still, as this Christian Science Monitor editorial correctly suggests, "Banks must make sure they hire people of high integrity and also ensure employees have a safe outlet to report wrongdoing."

It is, of course, never possible to guarantee at the time of a hire that the person being employed will never do anything unethical or illegal. Still, good human resources departments can devise screening tests to help make sure that a new employee won't steal the company blind in the first week.

All of this raises the question of how one develops a healthy moral compass. The answer for many people for a long time has been through religion. But religion in the U.S. (and Europe) today plays a decreasing role. So other sources of morals-formation must be developed to avoid the kind of sickening behavior that has landed Wells Fargo in trouble. And the more such sources the better.

WILL EVERYONE HERE PLEASE COME TO DISORDER?

Pope Francis recently addressed the Italian National Council of the Order of Journalists. It's got to be a made-up group. Everyone knows journalists are never in any sort of order. It's hard enough to get them just to take an order.