In much of the last half of the 20th Century in the United States, society's focus was on racial matters, as the civil rights movement brought to the attention of almost everyone ways in which equality among the races before the law was still a dream, not a reality. 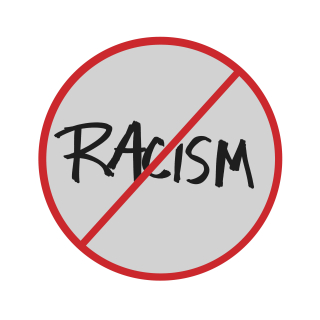 The work to make our nation more equitable in terms of race has produced some progress, for sure. But evidence of racism and its deleterious effects still are almost everywhere. And religion is far from innocent in this matter.

Some of you are, like me, old enough to remember that when the U.S. Supreme Court declared racial segregation in public schools unconstitutional, one of the responses, especially in the South, was the creation of all-white Christian private schools, which were started to allow segregation to continue.

The Daily Beast recently took this look at that history and how such schools are doing today. The findings are distressing.

After describing the racism behind the creation of these schools, the Daily Beast reports this: "That history has proven difficult to shake for today’s private Christian schools. The institutions are still overwhelmingly attended by children from wealthy white families. Forty-three percent of these private schools have student bodies that are at least 90 percent white. In many Southern Christian schools, not a single black person can be found. At others, only a handful of minority children attend."

There is much more to the article, and I commend it to you.

What I find so disturbing is that Christians are doing this. Using Christianity to justify racial bias is not unlike using Islam to justify terrorism.

When Christians find others misusing their religion for such despicable purposes, they have a duty to speak out against that, to say that doesn't represent the faith. That's what I'm doing here today. If you're a Christian, I hope you will find ways to do the same, even by sharing this on Facebook.

Another court decision allowing a town board to open with nothing but Christian prayers is distressing and needs to be overturned. I'm confident it will be. This, after all, is religiously pluralistic 21st Century America, not the middle of the 20th Century when white Christians ruled.