When the Prophet Muhammad introduced Islam to the world -- or at least to the Arabian peninsula -- back in the Seventh Century, it was enormously liberating for women in that patriarchal, heavily Bedouin culture. 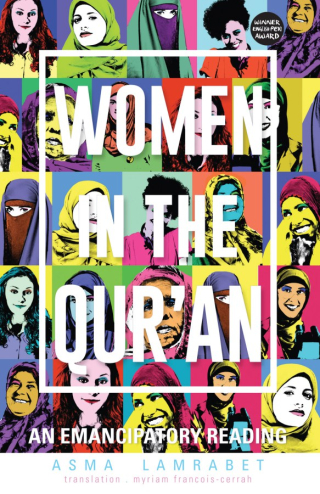 The Qur'an, after all, is said to be the only sacred text to give women rights to inheritance, to own property, to keep their own wages, to create marriage contracts that were beneficial to themselves and to receive material and other kinds of support from their husbands.
At the time, this was women's liberation on steroids, even though it is possible to read the Qur'an and parts of the Hadith (the collections of sayings by and about the prophet) and, with 21st Century eyes, find language that appears hostile to women and even misogynistic.
But if all that is true about the liberating nature of Islam for women at first, what happened between then and now? That question gets explored in depth in a fascinating new book by Asma Lamrabet, Women in the Qur'an: An Emancipatory Reading, translated from the French (sometimes oddly and for sure choppily without, apparently, a final proofreading) by Myriam Francois-Cerrah.
Lamrabet's primary argument is that the Qur'an should not be used as a weapon to keep women down, as it so often is in many Muslim cultures today. Rather, it should be seen as a tool of female emancipation, for that is how its original readers would have understood it and how the Prophet Muhammad meant it, she writes.
But the fact that so many Muslims have adopted a stance that demeans women -- led that way by many classical Islamic scholars -- has given Western critics of Islam all the ammunition they need to "discredit an entire system of thought," as Lamrabet writes. In other words, Muslims who have misread the Qur'an on women's issues have armed Islam's critics, who have not hesitated to fire on the religion. (Though, in fact, it can be considerably more challenging to read much of the Bible in a liberating way for women than it can be to read the Qur'an that way.)
Lamrabet looks for a way between those positions -- the Muslims who think the Qur'an allows them to demean women and the critics of Islam who think it's a repressive, misogynistic faith -- so that Muslim women can claim the freedom Islam originally intended for them.
"Nothing in the Qur'anic text," she writes, "can justify or support any sort of discrimination against women."
To be sure, Lamrabet, a pathologist at a hospital in Morocco and an award-winning author of many articles and books about women in Islam, is not the first scholar of Islam to argue that the Qur'an must not be seen as the source of current anti-feminist thinking in Islam. One helpful earlier book was "Believing Women" in Islam: Unreading Patriarchal Interpretations of the Qur'an, by Asma Barlas. And Asra Nomani's book, Standing Alone: An American Woman's Struggle for the Soul of Islam, focuses on these issues as they affect Muslim women in America.
This feminist movement toward analyzing Islam's sacred texts is growing, and today, Lamrabet writes, "Muslim women are trying to reclaim their voice, in order to re-appropriate what has persistently remained in the hands of men, namely their own destiny!" (Italics hers.)
One especially interesting thing about this book is that it was published by Square View and distributed through Kube Publishing in England. Square View, as its representative writes in the preface, "is not a commercial imprint in the traditional market. Its aim is to make available to the readers, Muslim and non-Muslim, male and female, young and old, literature that may enable them to appreciate Islam and Muslim life, history and culture, as Muslims understand them." (Italics the author's.)
So the publisher writes in the preface that Lamrabet may be introducing ideas that not all Muslims -- especially some Muslims scholars -- will agree with. And then the publisher adds a separate set of footnotes to point out where Lamrabet may be off base in her thinking or may at least need to have her analysis checked. It's a strange but intriguing publishing system.
What happened in Islam in its early years was that as it moved into new territory it found that the patriarchal cultures already in place there tended to overwhelm the new religion's message that women were valuable and should be treated with respect and equitably. The limiting -- even crushing -- of that emancipatory vision eventually got adopted by some Muslim leaders themselves, with the result that today much of Islam has what Lamrabet calls "an entire patriarchal model of reading which relegates women to a corner of Islamic history." In effect, Lamrabet has turned state's evidence on Islam on this issue.
The author divides her book into a section about what the Qur'an says about women and one about what it says to women.
It takes her until page 153 of 166 to deal with what may be the most problematic verse in the Qur'an having to do with women: 4:34, which, in most translations from the Arabic, says that husbands seeking to control rebellious or "high-handed" wives are, after other methods have failed, allowed to "hit" or "beat" their wives.
Focusing solely on this single verse is the wrong approach, she argues, correctly. It would be sort of like a Christian quoting Jesus as saying that if your eye causes you to sin, pluck it out, and suggesting on that basis that Jesus was advocating self-mutilation as a spiritual discipline. 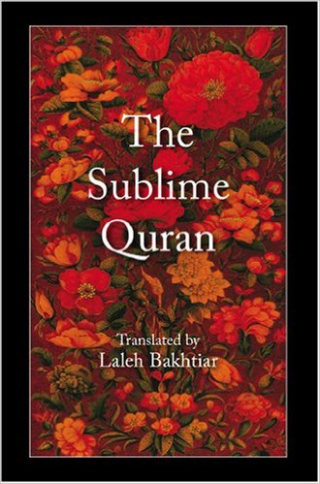 Such literalistic reading of single verses of scripture inevitably lead to misunderstandings of the entire message of the text -- either the Qur'an or the Bible. And Lamrabet persuasively makes the case that the verse should not be used as a warrant today to commit domestic violence against wives. Indeed, in a relatively new translation of the Qur'an by Laleh Bakhtiar, called The Sublime Qur'an, the last words in that verse are not translated as "beat" or "hit" but as "go away from them," and Lamrabet argues that such a translation can be supported etymologically.
The Qur'an, as you may know, has much more to say about Mary, the mother of Jesus, than does the New Testament. And Lamrabet notes that the Qur'an elevates her "to a level unparalleled by any other women in history." That alone might give Christian and Muslims who desire better relations between the two faith traditions a place to start talking.
"The Qur'anic vision," she writes, "is an indisputably egalitarian vision. Nonetheless, it is distressing to see how certain classical exegeses are in total opposition with the Qur'anic conception of harmony, union and equality between women and men.
"A certain number of scholars, prisoners of their respective cultural contexts, will be incapable of interpreting these sorts of verses other than according to a traditional and archaic outlook, and this despite the fact that they may have more or less accepted a certain spiritual equality, constantly reiterated by the sacred text.
"They avoid this egalitarian image of the Qur'an, despite clear verses, and end up constraining the text by attributing discriminatory and derogatory connotations to it.
"This misogynistic interpretation, transmitted to generations of Muslims, themselves locked into a conformist reading, ends up substituting itself (for) the Qur'anic message and becoming an immutable Islamic principle."
What Lamrabet wants, in other words, is a new way of reading the Qur'an, which was, in fact, the original way before it was distorted to become an excuse for mistreating women. It's a necessary and bold call. Whether it will succeed in liberating Muslim women -- not from the veil, which simply has to do with modesty and choice, but from practices that keep them from becoming their whole and true selves -- is highly uncertain at this point.
But Muslims and non-Muslims alike should support Lamrabet's essential agenda, especially if they want an Islam in harmony with the one the Prophet Muhammad revealed to the world so long ago.
* * *
A CHALLENGE TO METHODIST LGBTQ RULES
Even though the United Methodist Church has not yet decided to allow ordination of LGBTQ folks as pastors (I wrote about that recently here), one branch of the church has elected the church's first gay bishop, the Rev. Karen Oliveto, senior pastor of Glide Memorial Church in San Francisco. (A terrific church, by the way.) Seems as if the Spirit is moving a lot faster than the church's governance structure. But that's no surprise.