For those of us who believe the Bible has no essential word of guidance to speak about how to understand homosexuality, the decision on Wednesday of this past week by the General Conference of the United Methodist Church to delay any change in the church's position that condemns homosexuality was sad and disappointing. 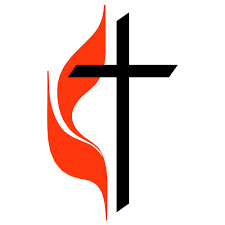 But let's think about this more deeply.

More than 40 percent of the delegates attending the conference were from countries outside the U.S., including many from African nations. In such places, there has been precious little understanding of LGBTQ people. Indeed, in some countries it is illegal to be gay. The hostility to gays and lesbians in a few places can be literally murderous.

The kind of Christianity that in recent decades has been sweeping across Africa, in fact, is quite evangelical and conservative in nature. Those are terms that the leaders of churches there would use to describe themselves. Faith there is mostly not about discussing complex questions of why there is evil in the world or various theories of the atonement of Christ. Instead, faith there is about trusting God for the next meal, the next rain for the crops, the next bit of money to feed one's family, the next health care worker to show up to heal a desperately ill family member.

This is one of the huge challenges of trying to be a global church, which is what the United Methodists are. About seven million of the denomination's 12 million members are from the U.S., but when church leaders gather for the General Conference, as it just did in Portland, Ore., it is literally an international meeting with widely diverse views and, thus, not a mirror of the American Methodist scene, which itself is divided.

So even if most of American Methodists want to undo the church's current, unenlightened position that homosexuality is "incompatible with Christian teaching," they may either have to separate themselves from the global structure of the current church or wait 50 or 100 years for the rest of the world to catch up with the liberation of LGBTQ folks that has been happening in the U.S. and much of the rest of the West.

The decision by the General Conference to let the church's bishops appoint a commission to suggest a new way forward seemed like the only way to avoid an immediate schism. I was glad to see the Rev. Adam Hamilton, founding pastor of the Church of the Resurrection in Leawood, helping to lead the forces of compromise as an interim move. But in the long run Adam wants his church to affirm the liberation of LGBTQ people even while seeking to live in harmony with people who disagree with him on that matter. Which is why he supported the idea of giving a commission appointed by the bishops time to come up with some kind of solution.

It's not clear to me whether people who interpret the Bible so differently can, in the end, live under the same roof. Our experience in the Presbyterian Church (USA) is that many congregations that read the Bible as condemning homosexuality left our denomination once we declared that otherwise-qualified gays and lesbians could be ordained and that our pastors were free to perform same-sex weddings if they wanted to (no one would be forced to).

I'm sorry some PCUSA congregations made the choice to leave as I'm also sorry they choose to interpret the Bible that just-say-no way. But there are many other productive ways to spend time, resources and energy than continuing to fight about issues of human sexuality. So I say farewell to those who leave and hope they continue to find useful ministry to do just as those of us who stay seek to do useful ministry, too.

In the end, it won't surprise me to see some kind of reordering (a purposeful schism) of the United Methodist Church -- perhaps into three bodies that agree to partner in certain ministries but that have different rules about homosexuality. In fact, when Adam Hamilton (pictured at right) spoke to Methodist seminarians early in General Conference week, he acknowledged that one of the options being kicked around is this three-part subdivision idea.

Will that work? Maybe, but the way the worldwide Anglican Communion has sought to censure the Episcopal Church in the U.S. for ordaining gay bishops and supporting gay marriage doesn't give me much hope for peaceful coexistence among such a newly divided United Methodist Church.

What seems clear is that the current United Methodist Church cannot long continue without some kind of resolution to this matter. If the bishops' commission can keep everyone under the same roof, I'll be surprised. But let's wait and see.

(By the way, here is Saturday's Kansas City Star editorial about this subject, which notes that "instead of being advocates for liberation, the Methodists, at least for now, have chosen the road of caution." As, indeed, they have.)

ARE THE METHODISTS SHOWING US THE WAY?

Speaking of the Methodists, two of the delegates to the General Conference have written this interesting Washington Post column praising the denomination for its efforts at unity. I like their optimism, but wish I shared more of it with them.