As people were celebrating the "best film" Oscar for "Spotlight," which focused on the Catholic priest abuse scandal, a fascinating and related event was taking place elsewhere in the world. 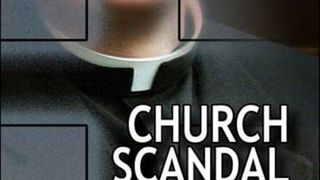 Australian Cardinal George Pell was testifying via videolink from Rome to Australia late Sunday night and acknowledging to an Australian commission looking into the abuse scandal there that he and the church had made terrible mistakes and used miserable judgment about how to deal with abusive priests.

"I'm not here to defend the indefensible," he said. "The church has made enormous mistakes and is working to remedy those." And as for his own role in failing to identify and remove abusive priests, he offered this: "I must say in those days, if a priest denied such activity, I was very strongly inclined to accept the denial."

This, of course, is not the full mea culpa that victims and their families want to hear, but at least it's moving toward acceptance of responsibility.

The "Spotlight" movie, of course, was a re-enactment of the work of a Boston Globe investigative reporting team that uncovered not just widespread abuse by priests but a systematic cover-up of the abuse by church authorities, particularly Cardinal Bernard Law.

But as we all know now it turned out that this priest abuse story wasn't limited to heavily Catholic Boston. It was occurring in many places around the world, including Kansas City and Australia. (Several weeks ago I wrote this piece for KCPT-TV's digital magazine, Flatland, about the Kansas City connection to all this.)

And although in many ways church authorities now are saying and doing many of the right things needed to protect children, the "Spotlight" award and the Pell testimony are reminders of the need for constant vigilance, especially on the part of church officials whose job is to uncover and deal with abusive priests.

(By the way, here is an interesting interview, done last fall, with the director of the movie "Spotlight.")

GIVING UP THE TERM 'EVANGELICAL'

A couple of days ago I heard this interview on NPR radio with Russell Moore, president of the Ethics and Religious Liberty Commission of the Southern Baptist Convention. He says he's given up the term "evangelical" and now uses "gospel Christian" because "evangelical" has become simply a political -- not a theological -- term. He's pretty much right about that, especially when we're now finding people who identify themselves as evangelical Christians to pollsters but who back candidates whose actions and policies clearly fly in the face of foundational Christian ethics and teachings. Here is an RNS story about Moore's decision to abandon the term evangelical for now.

P.S.: My latest piece for FlatlandKC, KCPT-TV's digital magazine, now is online here. It's about what we often fail to recognize about religious liberty in the U.S.

ANOTHER P.S.: If you're in the KC area, I hope to see you at the March 7 American Public Square event called "Muslim in the Metro." All the details needed to sign up are at the link I just gave you.