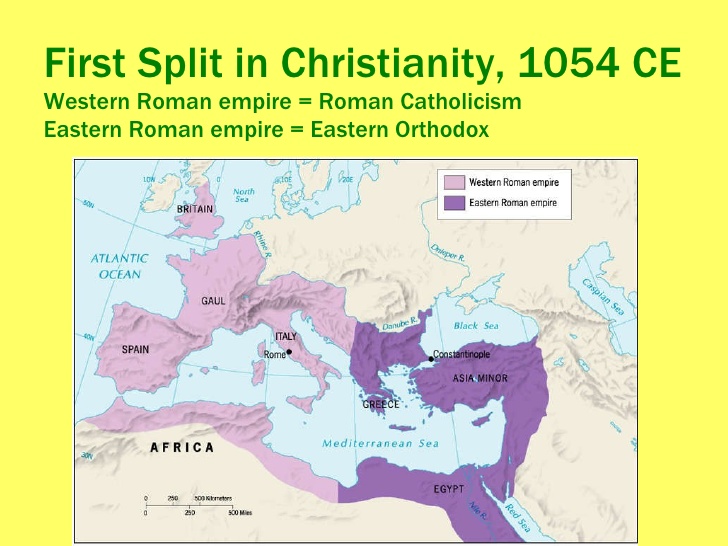 As those of us who are Christian enter the season of Lent today on Ash Wednesday, it's an appropriate time to think about the meaning of the upcoming visit between Pope Francis and the patriarch of the Russian Orthodox Church, Patriarch Kirill of Moscow. And especially the history of the Orthodox-Catholic split.

This Economist piece does a pretty good job of filling in the back story. And it properly notes that this is far from the first time that a pope and an Orthodox patriarch have met, though that hasn't happened much since what's called the Great Schism happened in 1054, splitting east from west, Catholic from Orthodox.

In terms of core theology, the Catholic and Orthodox churches are quite close. The division, after all these centuries, has much more to do with governance, culture and, no doubt, a tradition of stubbornness on each side.

As the Economist piece reports, "If there were a breakthrough moment in the relationship between those two institutions, it would have been the encounter in Jerusalem in 1964 between Pope Paul and Patriarch Athenagoras of Constantinople. Without claiming to have settled any doctrinal differences, they agreed to set aside their ancient 'anathemas' or mutual denunciations."

In effect, each church excommunicated the other back in 1054, though excommunication may not be the proper technical term for denouncing each other.

We find these difficult divisions almost everywhere in the religious world. Think of the Protestant-Catholic split in the 1500s, the Sunni-Shi'a division after the death of the Prophet Muhammad and the ways in which Judaism is divided into such branches as Orthodox, Conservative, Reform and Reconstructionist.

Sometimes each subdivision would claim that great matters of theology are at stake. But more often it comes down to the fact that all the adherents and their leaders are flawed human beings who have differences they don't know how to settle.

I'm not sure what will come of the meeting in Cuba between Pope Francis and Patriarch Kirill, but if it can be a model for religious respect between old enemies, good. And if it leads toward some eventual recombination or reconciliation between Catholics and Orthodox communities, better. Just don't bet the farm on that yet.

DOES GOD CARE ABOUT FLINT?

In what sense is the Flint, Mich., water crisis a religious issue? Rabbi Jeffrey K. Salkin explains here. He says God is weeping, and a good rule to remember is that what breaks God's heart must surely break ours.