Home Archives Profile
Voting for religious outliers (and liers): 2-2-16
Learning the lessons of religion in politics: 2-4-16 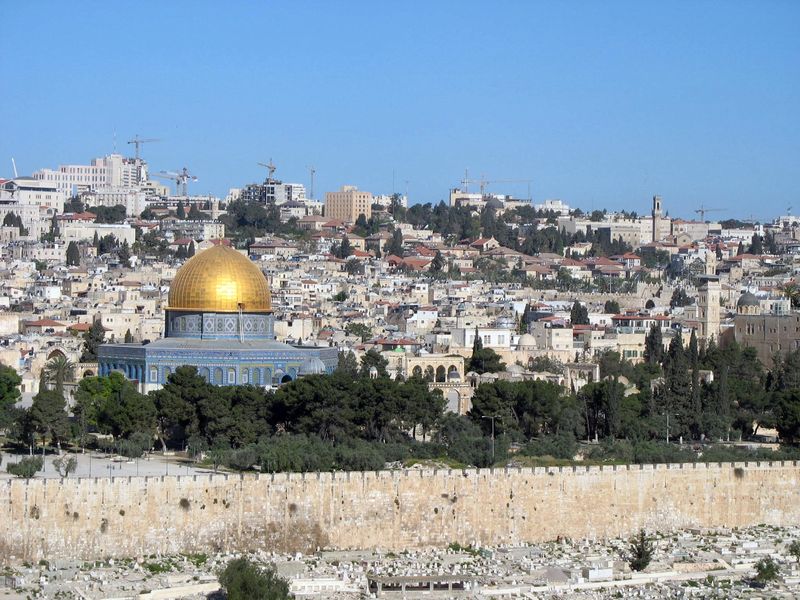 The government of Israel last week approved a compromise agreement sought by "Women of the Wall" and others to give more prayer space at the Western Wall in Jerusalem to non-Orthodox Jews. That wall is what's left of the temple that was destroyed when Roman troops razed the city in the year 70 CE. (The wall itself was originally erected as part of the expansion of the Second Temple by Herod the Great just before the birth of Jesus.)

It's been a long and sometimes bitter struggle to get to this agreement, and the Jewish newspaper The Forward reports here that Reform and Conservative Jews in the U.S. are pretty happy about it.

But not all. In fact, my friend and co-author Rabbi Jacques Cukierkorn simply doesn't get why people seem so excited by this deal. His conclusion: "The whole thing is nuts."

Because he's an interesting (and sometimes contrarian) thinker, let's hear from Jacques about why he seems to be swimming upstream on this one:

"This event marks the lows that modern Judaism has sunk into. A small cadre of Reform 'leaders' invented a cause meant to provoke and incite the hate of the ultra Orthodox by 'demanding the right to pray at The Western wall.'
"Reform Jews are good and interested in many things: interfaith dialogue, social justice, critical analysis of our texts. Yet praying is really not our thing. Our temples are mostly empty during praying time. This is no indictment of Reform Judaism or even of my congregants. Prayer appeals to a few but not to most. It is what it is.
"So the fight for the right to pray is ridiculous. My point will be made very clear when the site chosen will be left unattended very shortly and maybe only be used by Jews from abroad who may want to come and have a Bar/Bat Mitzvah at the Wall. That will be good for that small cadre that made this 'revolution' because they will benefit from the lack of understanding about Judaism and specially Reform Judaism of those Jews coming from abroad.
"Why? Because for Jews in general and Reform Jews in particular, the Temple is a place to be kept ceremoniously honored but then forgotten. Our religion is not about the Temple. There is absolutely nothing edifying, ethical, moral or positive about animal sacrifices and the priesthood. One of Judaism's greatest contributions to civilization is that we move on. We are and have always been a 'reforming' religion that adapts to time and circumstances. That is the only way to remain relevant. The first reforms into modern Judaism were the removal of references to sacrifices from our worship services, and were done almost 200 years ago. So now we celebrate returning to praying near the supposed remnants of the Temple?
"Even if there were not one billion-plus Muslims worldwide who would go nuts if their mosque were replaced by a temple, what exactly would we do in that temple? The idea of a third temple is for Jews like a car that the dog runs after. The dog would not know what to do with the car if it caught it!
"But assuming one could find some wonderful redeeming and spiritually uplifting response to this, let me remind you that the site they fought over is not really connected with the Temple but it is a sliver of the retention wall that Herod built in order to enlarge the Temple, so the whole thing is nuts.
"Before anyone accuses me of being anti-feminist, I must clarify that the reason for my outrage is exactly the fact that good and righteous anger has been spent on something as irrelevant as this rather than in seeking equality for women at work, in the board rooms, military and society in general. The Reform movement (in Israel) should be focusing on promoting equality for Reform rabbis, not on the meaningless (yet hallowed and memorable) Western Wall, but in the army, in receiving government salaries, etc., thus creating equality with Orthodox rabbis.
"This whole enterprise is a monumental waste of time, energy and it diminishes Judaism as a whole. I can only hope that now that this great 'victory' has been achieved, Reform 'leaders' may either stop disrupting the Jewish people or perhaps even dedicate themselves to some worthy endeavors. Yet I doubt that they will because my experience tells me that they want the showy and easy victories and not those that require much work and do not necessarily give great laurels, like attending to the needs of Marranos in Latin America."

Ah, there's nothing quite like an internal religious squabble. Maybe this one at least taught you a bit about the history of the Western Wall.
(And, by the way, here is the JTA's account of why the new agreement is important in its view.)
(The photo here today of the Temple Mount in Jerusalem is one I took in 2012, when Jacques and I and an Episcopal priest led a Jewish-Christian study tour to Israel. The Western Wall, not visible in this picture, would be to the left and behind the gold-domed mosque.)
* * *

TURNING GOD INTO US AGAIN

Have you seen the so-called "Hand-of-God" photo taken recently over the Portuguese island of Madeira? As a meteorological phenomenon, it's pretty cool. But it also reminds us of the human propensity to rely on anthropomorphism to understand God. You know, like finding the face of Jesus on a grilled cheese sandwich. Have a look at the photo at the link I've given you. Does that look like the hand of God? If so, isn't it more like the fist of God? And why does God seem to want to punch us in the nose?