Another bad idea is working its way through the legislative process in my home state of Missouri, which seems to attract bad legislative ideas. 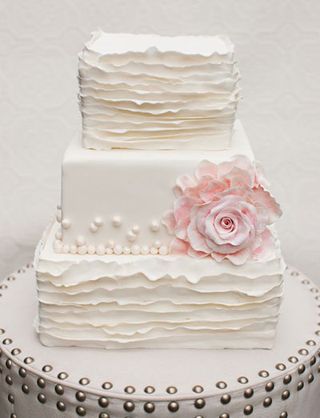 This one would let people refuse to provide goods and services to gay couples getting married.

The proposal law is being couched as offering "greater religious protections to some business owners and individuals who object to same-sex marriage."

Let's back up to the days of Jim Crow laws and the start of the Civil Rights Movement in this country. What did some businesses want then to be able to support their prejudices? They wanted the continued ability to legally refuse service to anyone they didn't want to serve. Which usually meant black people.

Eventually public accommodations laws changed all that bigoted nonsense, though nowadays some retailers still find ways to discourage minority customers from shopping there -- such as by having security guards trail around black shoppers.

I frankly find essentially no difference between lunch counters refusing to serve black patrons in the 1950s and bakers or florists refusing to serve gay couples today. By selling a cake or flowers to a couple, a retailer isn't conducting a marriage ceremony or signing a document in favor of gay marriage. All that's happening is the sale of a cake or flowers, and if you run a business selling such things your products should be available to anyone who wants them and can pay for them.

Missouri has tons more problems to fix than this non-problem. How about our legislators pay attention to those, starting with education, economic distress, environmental degradation, reforms in policing, racial harmony and more?

MORE BOOKS BY AND ABOUT MUSLIMS

The book publisher Simon & Schuster is creating an imprint that will offer books with Muslim characters and stories for children and young adult readers. It's one more in a series of signs that Muslims are integrating themselves into the broad mainstream of American culture as both producers and consumers of ideas and goods. Which is exactly what should be happening.

Three new books having to do with racism and faith have come my way recently, and I want to introduce them to you and give you links where you can read more about them and buy them in you're interested.

They are: America's Original Sin: Racism, White Privilege, and the Bridge to a New America, by Jim Wallis; Trouble I've seen: Changing the Way the Church Views Racism, by Drew G. I. Hart, and A Body Broken, a Body Betrayed: Race Memory, and Eucharist in White-Dominant Churches, by Mary McClintock Fulkerson and Marcia W. Mount Shoop.

Wallis, founder of Sojourners, has long been a voice for racial reconciliation. This book sums up that work through personal stories (including when three young teens mugged him) and ideas for fixing the nation's original sin, which I consider slavery but which Wallis names as racism. The book rings with Wallis's evangelical social liberalism (if you can hold those two concepts together) and is a hopeful call for a new future for all Americans.

Hart's book comes from a black perspective and opens eyes about ways in which whites have long misunderstood not just blacks and black culture but also the ways in which the thinking of many whites has been shaped by a position of dominance and privilege. When blacks seek "to find acceptance by conforming to the norms of the oppressive and dominant group," he writes, it doesn't work. Jesus, he argues, can help lead us toward racial justice.

Among the many places where whites have overwhelming power, the third book argues, is within the church, especially Mainline Protestant churches. The authors are both Presbyterian pastors, and they turn to the sacrament of Holy Communion, or the Eucharist, to guide the church toward the goals of racial harmony. The Eucharist, after all, they write, is supposed to be a foretaste of the kingdom of God, though for many it may "seem a lot like a staid hors d'oeuvres reception at the local country club." But, they argue, it can point the way toward wholeness.

(By the way, come back to the blog this weekend for information about a stack of new faith-based books.)