Home Archives Profile
Saving India from religious extremists: 2-1-16
What does the Western Wall accord mean? 2-3-16

Although it's true that the U.S. Constitution forbids any religious test for public office, the reality is that many people take religion into account when assessing candidates -- especially in a presidential race. 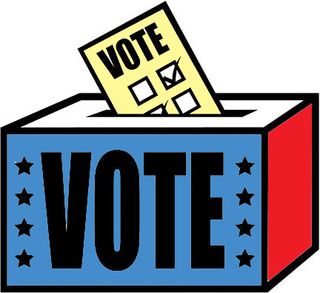 One problem with that is the broad and deep theological and biblical illiteracy among Americans. Thus, when a candidate says he or she is a Christian -- in a land where a vast majority of people still identify as Christian -- it's much easier than it should be to pull the wool over voters' eyes.

Consider Donald Trump, who says he is a Presbyterian. Author and blogger Rachel Held Evans has done just that -- considered Donald Trump and his claim to be a Christian. The Donald doesn't fare so well in her analysis.

Trump, she writes, "is making his pitch to Christian voters. You would think it would be a hard sell given the fact that the real estate mogul and reality star has boasted about his extramarital affairs, profited off casinos and strip clubs, said he doesn’t need to ask God for forgiveness, called for targeting innocent civilians in war, mocked a reporter with a disability, threatened the religious liberty of minority groups in the U.S., and gained wide support among white nationalists for consistently lying about and demeaning blacks, Mexican immigrants, Muslims, and Syrian refugees."

But we now know that in the Iowa caucuses last night both Trump and Sen. Ted Cruz of Texas (who promised to carpet bomb ISIS -- which would be a war crime) led the field and that a fair amount of their support came from people who identify themselves as evangelical Christians. Perhaps Sen. Marco Rubio's strong showing last night means trouble ahead for both Cruz and Trump, but for now the reality is that a lot of Iowans who identify as evangelical Christians supported them.

There are, of course, no religiously perfect candidates running for any office. So one always must compromise one's hopes and values a bit when voting. It's just that sometimes we not only don't admit we're doing that, we don't admit that at times we vote not just against our own values but against our interests.

There are foundational values of honesty, respect, concern for the poor, equality of all humanity in God's eyes that people of faith would do well to think about when evaluating candidates. We voters will have to be a forgiving lot, but we need not ask for trouble by supporting people who reject those values.

WHAT TOOK SO LONG?

President Obama soon will make his first visit to a mosque in the U.S. Isn't it odd that our first Muslim president hasn't bothered going to a mosque for seven years? (I hope I don't have to explain satire to you.)