Over the years, as I've written about the priest sex abuse scandals in the Catholic Church, people have asked why the media don't pay more attention to similar abuses happening in other faith communities. 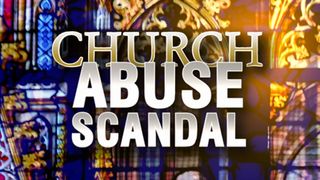 Well, they do, but the Catholic scandal has been so widespread and astonishing -- including, as it does, the complicity of bishops who tried to hide what was going on -- that it pretty much drew nearly all of the attention.

The reality, however, is that sexual abuse has been happening in Protestant churches, Jewish congregations and other faith groups, and it has not always been handled well.

For instance, The Washingtonian recently did this disturbing story about sexual abuse and related troubles in a megachurch based in the Washington, D.C., area. Give yourself some time. It's not a short read and it will break your heart.

The story focuses on Sovereign Grace Ministries, which it calls "the religious conglomerate that Covenant Life (Church) had grown into." And it focuses on its founder, C.J. Mahaney.

What the story details is a resistant, secretive culture in SGM churches in which abuse occurred. Families whose members experienced that abuse were encouraged to deal with it inside the church and not in court.

There was lots of mediocre to terrible theology driving some of the incidents in those churches, and the whole tale should serve as a warning to people who are spiritually needy and willing to become part of a distorted system to satisfy those needs.

Faith communities simply must have internal systems of accountability and transparency that can help keep this kind of abuse and theological manipulation from happening. If you are experiencing anything like those troubles in your congregation and you can't fix it from the inside, get out. There are healthy faith communities able to minister to your needs.

With the heavy subject above, here's a change of pace -- this column about a woman who baptized her dog. Take it as seriously as you wish to. Just remember what dog spells backwards.