The endless repercussions of terrorism: 2-15-16

The day after what would have been my late nephew's 46th birthday last week, I received a jolting reminder of the way in which an act of religiously motivated terrorism is far from a one-and-done occurrence. 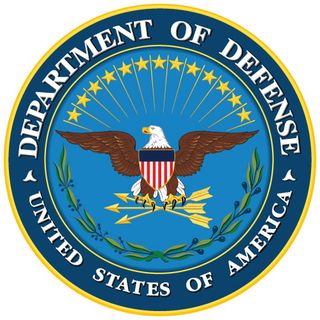 The U.S. Department of Defense's chief prosecutor at the military trial of some of those accused in planning the 9/11 terrorist attacks, which killed Karleton Fyfe and nearly 3,000 others, sent 9/11 families a letter responding to a defense attorney's contention that the legal maneuverings and processes in this matter may go on damn near forever (I'm paraphrasing).

I want to share the bulk of that letter with you today because it offers some context for what's been happening at Gitmo in recent years relating to this case and because it is one more reminder of the inevitable toll that terrorism exacts from those who are attacked and from their families.

On December 11, 2015, the military commission concluded a week-long session at Guantanamo Bay, Cuba. At that time, the defense and prosecution participated in press conferences, during which the media asked questions regarding the week's events. During his appearance, counsel for the accused Mustafa Al Hawsawi made a statement that "we think we learned that the end is nowhere near in sight [referencing the discovery timeline and litigation]. We will expect to be litigating relevancy probably for the next five to ten years, possibly." 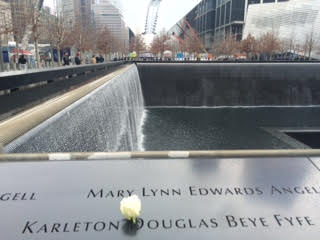 (Tammeus note: Mustafa Al Hawsawi is one of five people facing charges connected to 9/11. The others are Khalid Sheikh Mohammad [reported to be the mastermind behind the attacks by al-Qaida], Walid Muhammad Salih Mubarak Bin Attash, Ramzi Binalshibh and Ali Abdul Aziz Ali.)

Upon learning of such statements, a significant number of you understandably voiced your concerns and frustrations with the defense counsel's predictions. I believe you deserve to hear from me directly regarding the comments that have caused some of you alarm, and more generally about progress in the case.

First, we disagree with defense counsel. It is true that this case presents higher stakes and greater legal and logistical challenges than, possibly, any other trial in U.S. history. Among these is the necessity of protecting classified information in the discovery and trial process. These factors, in turn, have indeed led to significant delays in bringing the case to a just conclusion. But, at the same time, the United States government has dedicated enormous resources, both financial and human, so as to facilitate the continued law of war detention and now prosecution of these individuals while allowing for a legal defense of each accused that is consistent with our justice traditions. Accordingly, we believe that the trial will take as long as the process mandated by Congress requires, and not the endless and unreasonable period suggested by various defense counsel. However, under the law, the final decision on scheduling rests with the military judge, and thus I cannot provide a date certain when trial on the merits will begin.

Second, we want you to know that progress toward trial is being made. Thus far, more than 320,000 pages of unclassified material and 15,000 pages of classified material comprising the government's case against the accused, as well as material required to be disclosed under the government's affirmative discovery obligations, have been provided to the defense-all of this while safeguarding our nation's legitimate counterterrorism secrets. The parties have briefed in writing 207 substantive motions and have orally argued 46 motions in previous pre-trial proceedings. Of the 207 substantive motions briefed, 9 have been mooted, dismissed, or withdrawn; 96 have been ruled on by the commission; and an additional 38 have been submitted for and are pending decision. The commission has received testimony from 28 witnesses in nearly 81 hours of testimony, with all witnesses subject to cross examination, to assist it in deciding pre-trial motions. The parties have filed 195 exhibits and more than 100 declarations alleging facts and providing references to inform the commission's consideration of these issues. This information, while never meant to imply that justice can be quantified, nonetheless reflects methodical and deliberate movement toward trial.

Third, I do not dispute that much work remains to be done. As you have heard in our updates to you, a large number of motions, the majority filed by the defense, remain pending at this time. There will likely be many more filed in the months to come. All of these motions go through a full briefing process by the parties, followed by evidentiary hearings, if evidence is required, and oral argument to the military judge. Additionally, and of great significance, we continue to work toward fulfilling our discovery obligations.

In December, I told the military judge that it is our intent to have provided all necessary discovery to the defense by September 30, 2016. A great deal of such discovery has been provided to the defense already. However, a great challenge remains. As is well known, all of the accused were initially detained as part of the CIA's former Rendition, Detention and Interrogation program. Records, reports and other documents, numbering in the millions, concerning this program are potentially discoverable to the defense. These must be reviewed to identify all documents containing information that is, under the applicable provision of the Military Commissions Act, "noncumulative, relevant, and helpful to a legally cognizable defense, rebuttal of the prosecution's case, or to sentencing." Also, any classified information contained must be protected from unlawful disclosure. This is a painstaking process but one we are committed to completing properly and as quickly as possible.

Toward that end, the prosecution has been working seven days a week on discovery matters since early 2014, and we will continue to do so until the job is finished. Moreover, we have enlisted the aid and commitment of other agencies and departments of the government to provide resources toward our effort. I assure you that we will do all that is humanly possible to meet that goal. Once discovery is completed, we expect the military judge will establish a schedule leading to trial.

In closing, I also want to assure you that the entire prosecution team understands and feels the frustrations of so much time going by since the day so many were murdered. Although I wish I could, I cannot give you a timetable of the future of this case. I can only commit to you that we are doing everything we can to bring the case to trial and achieve justice for all of you and for our nation. In the meantime, the accused remain securely detained, under law, at Guantanamo Bay. I respectfully ask for your understanding and patience while we fulfill our mission, and I promise that you will remain in our thoughts every day as we continue our work.

And then he signed it.

What I'd also like you to imagine is how these terrorist suspects might have been handled in certain other countries. Arrested, jailed, kangaroo-court convictions, executed -- all within months of the event. Doing things right when it comes to justice can take time -- and cause the families of victims more and more pain -- but doing things right is the proper way to proceed.

I'd also like you to think of all the other religiously inspired terrorist acts committed since 9/11 and of the ripple effects still going on from them. It's a wonder that people in criminal justice systems around the world -- whether civilian or military -- have time for anything else.

(The photo on the right shows Karleton's name at the memorial at Ground Zero in New York. On the birthday of every victim, the National September 11 Memorial and Museum staff places a white rose by the name.)

What will Justice Antonin Scalia's death mean for how the U.S. Supreme Court delivers opinions about religion? This Atlantic piece sums up pretty well how complicated any answer to that question is. And it's why presidents should not pick justices just on the basis of political leanings. Rather, they should pick justices who are smart, well-read and willing to learn.

P.S.: Kansas City Lodge 184 of B'nai B'rith has announced details of the 2016 Margolis Memorial Essay Contest. The prize, $2,000, will go to a student who is graduating from a Kansas City area high school at the end of the spring semester of 2016 and who plans to start college in the fall. Essays are to focus on peaceful coexistence and mutual understanding among different groups. For details and all the rules, write to Mark D. Wasserstrom, chair of the contest, at wass1@sbcglobal.net. There's a June 1 deadline for submitting essays.