The list of people who have been declared the Anti-Christ is long, indeed. It includes presidents, popes, run-amok politicians and entertainers. Also such make-believe characters as Barney the purple dinosaur. 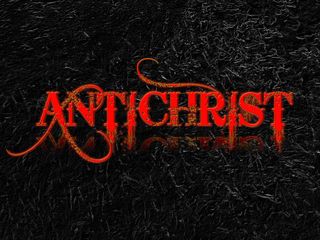 So I'm never shocked to find a new name added to the list by some self-convinced religious leader. Not shocked, but sometimes a bit surprised.

Oprah Winfrey as the Anti-Christ? Well, a few days ago I learned that Mike Bickle, founder of the International House of Prayer in Kansas City, has declared that she is. And he also has said that God raised up Adolf Hitler to hunt down Jews who refused to accept Jesus Christ as their savior. You can read about all that antisemitic nonsense here.

All this came to light because Bickle last week endorsed Sen. Ted Cruz of Texas for president, and Cruz was so happy about that that he issued a statement saying, among other things, “I am grateful for Mike’s dedication to call a generation of young people to prayer and spiritual commitment."

I met Bickle in 1977 when he was living in little Rosebud, Mo., east of Jefferson City, and running a small ministry there called the Upper Room Church. I had gone there to do a story for The Kansas City Star about Mike's brother, Pat Bickle, who, as a 17-year-old high school football player, had been paralyzed in September 1973 after making a tackle on the football field of North Kansas City High School.

Pat died at age 50 in 2007 after many health complications related to his paralysis, and his obituary contained a reminder to me of what most struck me about Pat when I interviewed him as he lay on his bed in Rosebud. In that obit, his sister Tracey Bickle Scott, said this: "He believed to his last dying breath that the Lord was going to touch his body. He was unwavering in his faith. He was utterly in love with Jesus."

I remember Pat telling me how confident he was that God would cure him and that he would walk again.

"I can bluntly say that I believe and know that I am going to be perfectly healthy before it's over with," Pat told me. "What I believe is that it will happen instantly. I think God's going to do it. Just one day it's going to happen."

He said he had regular visions of that in his dreams. I did not say this to him at the time and did not write it in the piece I did for The Star, but it seemed to me that he had been given a false hope. And he was clinging to that hope relentlessly.

Although I didn't say that or write that about false hope, Mike at the time of my interview with Pat and Mike said others accused him and others of giving Pat false hope, and I quoted him on that.

But, as I reported at the time, Mike was as convinced as Pat was that Pat one day would be healed: "I believe very firmly that God's going to heal him," Mike told me.

Who first suggested to Pat that such a miracle could occur? I don't know, but my guess then and my guess today is that it was Mike, who later founded IHOP. Pat very much looked up to Mike and was pleased to be part of his small faith community. But, of course, Pat was never cured of paralysis, though he told me even in 1977 that he already had been spiritually healed. And later Mike went on to considerable public attention -- some good, some not so good -- as the founder of IHOP.

Speaking of that ministry, there is, at least at first blush, something of a cognitive dissonance between Mike Bickle's idea that God raised up Hitler to hunt down reluctant Jews and a statement on the website of IHOP University, which says of IHOP that:

"We aim to stand humbly and boldly in intercession for God's end-time purposes for Israel as revealed in Scripture.

"We aim to clearly proclaim God’s end-time purposes for Israel.

"We aim to stand against the cultural current of anti-Semitism developing globally."

What, you ask, are "God's end-time purposes for Israel as revealed in Scripture"? Well, I don't know what Bickle thinks they are but I do know that there are Christians who support Israel today almost entirely because they believe that the Second Coming of Christ cannot occur until Israel controls the Temple Mount in Jerusalem, which now is under the control of Muslims. And these same Christians believe that at the Second Coming all Jews either will convert or die. It's sort of an end-times antisemitism taken to the extreme.

As I say, I don't know whether that idea about reclaiming the Temple Mount so the Second Coming can happen is exactly what Bickle is preaching but it wouldn't surprise me, given how common that teaching is among preachers similar to Bickle and given this section of the IHOP's statement of faith:

"We believe in the literal second coming of Christ at the end of this age, when He will return to earth personally and visibly to reign over the nations in His millennial kingdom. We believe that the Church will go through the Great Tribulation with great power and victory and will only be raptured at the end of the Great Tribulation. No one can know with certainty the timing of the Lord’s return. We also believe in and are praying for a great end-time harvest of souls and the emergence of a victorious Church that will experience unprecedented unity, purity, and power in the Holy Spirit.

"We believe that when Christians die, they pass immediately into the blessed presence of Christ, there to enjoy conscious fellowship with the Savior until the day of the resurrection and the glorious transformation of their bodies. The saved will receive eternal rewards and forever dwell in blissful fellowship with their great triune God. We also believe that when unbelievers die, they are consigned to hell, there to await the Day of Judgment when they shall be punished in the lake of fire with eternal, conscious, and tormented separation from the presence of God."

In this theology, of course, Jews are among the "unbelievers."

What I do know is that if I were running for president and got Mike Bickle's endorsement, I not only wouldn't announce it proudly, as Cruz did, I would denounce it.

Speaking of presidential candidates, Hillary Clinton this week was asked by a voter about her Christian faith, and she spent several minutes describing what her Methodist upbringing means to her. The most important "commandment," she said, "is to love the Lord with all your might and to love your neighbor as yourself." It can be helpful to hear candidates describe how their faith might affect public policy, but let's remember that the Constitution forbids any religious test for office.