Home Archives Profile Subscribe
A low-key approach to same-sex marriage: 9-24-15
What our systems do to black families: 9-26/27-15

When corporations are dishonest: 9-25-15

Time after time, huge corporations cheat, lie, steal, engage in despicable behavior in other ways -- and think they can get away with it in the long run. 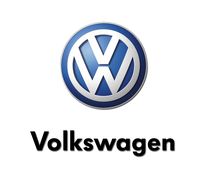 Sometimes they do get away with it, at least in the short run. But unethical behavior almost inevitably leads to discovery and punishment.

The latest example -- breath-taking in its scope and its brazen nature -- is Volkswagen's years of lies about emissions on its diesel cars. It led to the resignation of VW CEO Martin Winterkorn earlier this week.

As this New York Times piece reports, the Volkswagen criminality is on a financial scale with the BP oil spill of a few years ago.

I know this kind of corporate behavior shouldn't shock or mystify me. Corporations, after all, are run by fallible human beings who are almost always and everywhere tempted to engage in actions that the world's great religions would condemn as unethical and even sinful.

But I still wind up slapping my forehead in disbelief when I hear about something like Volkswagen or the troubles that General Motors and Toyota got into because of a failure to do the right thing promptly (or in the first place).

The first piece I linked you to above, from the Christian Science Monitor, describes how another German company that had engaged in unethical behavior has turned itself around now. So maybe there's hope for VW. But what the hell would be wrong with honesty in the first place?

A PAPAL SPEECH TO LAWMAKERS

In his address to Congress yesterday, Pope Francis got a standing ovation when he mentioned the Golden Rule. No doubt translators later had to explain to some elected officials that the pontiff was talking about behavior and not monetary policy. I did notice that when Francis said that "America continues to be, for many, a land of dreams," Justice Ruth Bader Ginsburg this time wasn't, like at the last State of the Union address, among those dreaming with her eyes closed. And when the pope talked about "righting wrongs," I had to check the text to make sure he wasn't referring to Congress "writing wrongs" through the laws it passes. He wasn't. It was an excellent speech, but I'm glad it wasn't given by one of several religious leaders I can think of who, after making their remarks, would have tried to take up a collection. (Finally, here's the Amazon link to my new book about the pope.)