Now there is another reason to oppose capital punishment, especially in my home state of Missouri, which last year tied Texas as the state executing the most people. 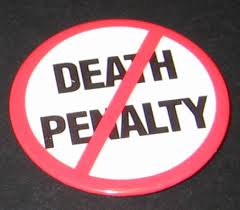 A new study by Frank. R. Baumgartner, a political science professor at the University of North Carolina, has found that "Missouri’s death penalty system is plagued by vast racial and geographic disparities," as he explained here.

"With black males constituting the majority of all homicide victims, it is clear that the Missouri death penalty is certainly not designed to protect those lives. Apparently, those particular lives just don’t matter as much as other ones do."

Yes, yes, I know that statistics can be manipulated to prove damn near anything. But these death penalty statistics are disturbing and add to the already overwhelming case against continuing to use the death penalty.

The nation is moving toward less use of capital punishment, which is good. But my state is going in the opposite direction. And that's a huge moral failure, which is why the Missouri State Public Defender's office issued this statement after release of Baumgartner's study.

The Milwaukee Art Museum has put on display a portrait of Pope Emeritus Benedict XVI made out of 17,000 colored condoms. Does the world really need a popephylatic?