A bit over three years ago, when I returned from helping to lead a Jewish-Christian study tour to Israel, I wrote this piece about Israel and why it seemed to me it was in a position of strength to bring peace to the Middle East. 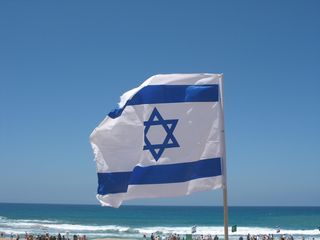 Because Israel then (as now) was strong economically and militarily -- to say nothing of its social and religious strengths -- I concluded then that the nation had an opportunity to lead from the position of that strength and to find a way forward so Israel could live in peace with the Palestinians and with all (or at least most) of its Arab neighbors.

Well, things move slowly in the Middle East. As a strong supporter of Israel, I have been pretty consistently disappointed in the sharp-edged leadership of Prime Minister Benjamin Netanyahu, who earlier this year was elected to a fourth term, though by a narrow margin.

What has struck me as his unnecessary stridency (such as his anti-Iran deal speech to the U.S. Congress earlier this year) is a barrier to coming to some kind of peaceful resolution -- as, of course, is the violence aimed against Israel by rigid parties and groups that continue to demand Israel's obliteration.

I found myself gaining a clearer understanding of my uneasiness with Netanyahu as I read this Harper's piece by Bernard Avishai, who teaches at the Hebrew University and at Dartmouth College.

Avishai urges stronger pressure on the Israeli government by the U.S. and other pro-Israel allies and concludes that "Netanyahu's government will not negotiate in good faith, and he will not stop the settlement project while negotiations are under way. Nor, paradoxically, is diplomatic caution likely to mitigate violence. The opposite is true. A fuzzy vision for the future will be filled in by ordinary Israelis and Palestinians with apocalyptic imaginings culled from past atrocities."

The author expresses doubts about whether the traditional two-state solution can be achieved and suggests instead something like a confederation.

The Holy Land is terrifically complicated and mired in a history that seems to keep the present entangled and unable to move toward a future that would be fair and just to all. Religion, of course, is at the heart of all of this, as Jews, Muslims, Christians and others struggle amongst themselves and with each other over sacred ground.

So I don't know what should be done to get to peace there, but my guess is that Avishai is closer to being right than is Netanyahu. And maybe by a bunch.

(By the way, even some folks in the Israeli security establishment are saying Netanyahu is wrong about the Iran deal.)

(I took the photo of the Israeli flag here today at Caesarea.)

ANOTHER VICTORY FOR RELIGIOUS FREEDOM

Oklahoma's top court has made the right decision in ruling that a Ten Commandments display at the state capitol building must go. Again I ask: Why do some people of faith want to turn over the most powerful symbols of their religion to the government? It's destructive of faith. Cut it out.