As the U.S. Supreme Court heard arguments this past week about same-sex marriage, I was thinking again how astonishing it is that many in our society have changed their thinking so rapidly about this matter. 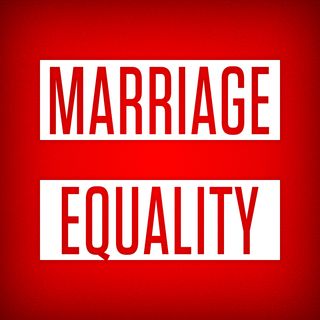 Well, I say rapidly, but what I mean is that not much changed for several hundred years of the American experience until fairly recently. Now the place of the LGBTQ community, though still threatened, seems much more secure and the idea that all people deserve equal protection under the law no matter their sexual orientation is widely accepted.

And yet there are faith communities that continue to struggle to accommodate this change. Indeed, some aren't accommodating it at all but are, instead, continuing to stand against it, which is, of course, their right (even if I think that, biblically, they're wrong).

One example of how the evangelical branch of American Christianity is struggling with this was found at the recent annual Q Ideas conference, a Christian gathering of thought leaders within evangelicalism.

This Slate piece offers an intriguing look at what happened at the conference and how evangelicals are reacting to the shifting tectonic plates of opinion about same-sex marriage. As the piece notes, "Today a majority of Americans support gay marriage, including 43 percent of white evangelical Protestant millennials. Those numbers seem bound to tick upward in the years to come, particularly among the peers of Q’s on-trend attendees."

People of faith who continue to cling to the traditional view that homosexuality is a sin will find themselves increasingly marginalized, just as did those Christians who, even after the Civil War, continued to believe that the Bible justified slavery.

But eventually, I think, all but the most rigid will come around to understanding that the Bible's message of love overrides everything else.

NEPALESE THINK ABOUT SUFFERING AND GOD

Why is there suffering and evil in the world if God is good and powerful? People in Nepal, devastated by the recent earthquake, are asking that old theodicy question. And they seem to be coming up with no better answers than anyone else.

* Searching for Sunday: Loving, Leaving, and Finding the Church, by Rachel Held Evans. I wrote about this book recently here before I had a chance to read any of it. It's an excellent read, especially for Christian leaders who are trying to figure out whether the church has a future and what it might be. As she writes, "I can't provide the solutions church leaders are looking for, but I can articulate the questions that many in my generation (she's in her early 30s) are asking. I can translate some of their angst, some of their hope." Having questioned and even left the church for a time, the author now is able to write such things as: ". . .our God is in the business of transforming ordinary things into holy things, scraps of food into feasts and empty purification vessels into fountains of fine wine. This God knows his way around the world, so there's no need to fear, no need to withhold, no need to stake a claim. There's always enough -- just taste and see. There's always and ever enough." Don't miss this hope-filled account by someone who once didn't see much hope at all.

* The Archaeology of Faith: A Personal Exploration of How We Come to Believe, by Louis J. Cameli. The author is a Catholic priest who is interested here in uncovering the various ways that an ancient faith has come to him through the centuries and not just to him but to others, too. But this is not, in the end, a white-washed book of apologetics. He writes, for instance, that "Great good has come from religions and the Church over time. Yet, both religion generally and the Church particularly must claim responsibility for actions and directions that have led to human diminishment -- certainly not what God had in mind." Though clearly written from a Catholic perspective, there are lessons about faith here than transcend both denomination and faith tradition.

* Wearing God: Clothing, Laughter, Fire, and Other Overlooked Ways of Meeting God, by Lauren F. Winner. The author, an Episcopal priest, understands that we live by metaphor, by allegory, by myth because we have no choice, given that all words point beyond themselves to something or someone else. So in this book she explores the various ways we think about God, the metaphors we use, the similes. But, as the author well knows, some of the ways we refer to God are comforting, some are disturbing and some are shocking. In the end, she wants all of those reactions not just for herself but also for anyone who is struggling to come to at least some kind of tentative, provisional terms that can lead to a loving, healing relationship with this impossible-to-capture God.

P.S.: As you prepare for Mother's Day on May 10, you might want to learn more about the lives of some women in the Bible. One way to do that is to attend a three-part sermon series about such women to be preached by Dr. Emanuel Cleaver III at St. James United Methodist Church, 5540 Wayne, Kansas City. He'll be talking about Esther, Rahab and Jochebed at both the 8 a.m. and 11 a.m. worship services.