Home Archives Profile
A tale of a subverted Christianity: 11-28-14
When blasphemy laws blaspheme: 12-1-14 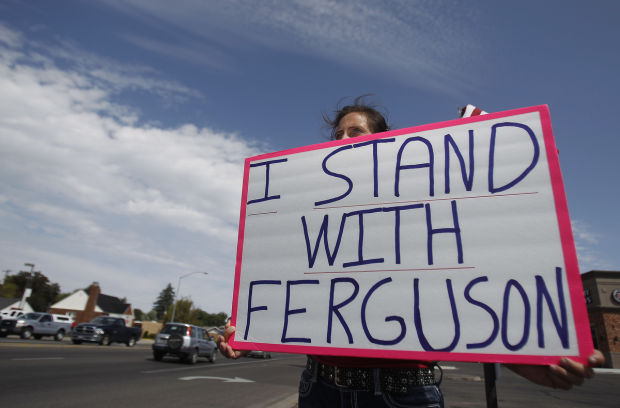 In Ubuntu Theology, promoted by such bright lights as Archbishop Desmond Tutu of South Africa, the idea is that if one of us is ill we all are ill, if one of us is broken we all are broken. A typical way of saying all of that is "I am because you are because we are."

We are, in other words, built for relationship. But those relationships cannot be whole and healthy if there is injustice, hatred or oppression affecting anyone within the relationship.

It is in that sense that I say, metaphorically, that now all Americans live in Ferguson, Mo. And until the foundational issues of race and justice and fear are resolved there and elsewhere in the nation, we will continue to be a divided nation crying out for social and political systems that are just and fair. And we will continue to seek the kind of foundational security that was lacking on the streets of Ferguson the night of the announcement that the St. Louis County grand jury had decided not to indict police officer Darren Wilson for killing teenager Michael Brown on Aug. 9.

The violence and looting, as everyone who is rational knows, simply worsens the situation and confirms the prejudice of many people who think of members of minority groups as thugs. 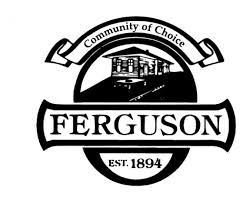 Please know that I am not saying that the 12 citizens who heard weeks and weeks of evidence made a stupid or obviously wrong decision -- even if I wish the process (or, better, a different process) had produced some other result. And even if I wish that in the long period of time leading up to the grand jury announcement there hadn't been certain public statements and promises and threats about reaction to it that seemed to be attempts to intimidate the grand jury. The grand jury, after all, was not sequestered and had every opportunity to be influenced by reports in the media and public comments by many people.

I once served as foreman of a jury in a murder trial and I came away from that experience promising myself that I would never assume I knew everything jury members in other cases know. Unless I sit through an entire trial or unless I live through a long grand jury experience I am in no position to second-guess, however much I may imagine that justice was not done. (And that's true even though now all the evidence presented to that grand jury has been made public.)

That said, I do know that the perception among many African-Americans (and other racial minorities) in the U.S. that they are second-class citizens in a system that privileges others is real and must be taken seriously, for in many instances it is not just perception but also reality. But dealing with both perception and reality is difficult, partly because whites and blacks tend to be terribly split over how they view racial matters. And I know that the black community feels it has witnessed a stark pattern of violence toward its young people, mostly males, at the hands of people who are charged to protect all citizens.

When I talk about privilege, I mean, for instance, that I personally must recognize that I won the ovarian lottery -- I was born in the U.S. in the middle of the 20th Century as a white (eventually tall) male to a middle-class family. What more could anyone have asked for in terms of a privileged start? I never worried about whether I -- or, later, my daughters -- would be racially profiled.

I also know that there simply must be better ways of handling potentially criminal situations so that they don't result in armed police officers killing unarmed teenagers. When that happens, something has gone terribly wrong, even if what went wrong was determined not to be criminal. (There can be a difference between something being a crime and something being wrong.)

The result of a teen stealing smokes from a store, in other words, should not be the death of that teen, though there are appropriate and necessary levels of punishment for such crimes. And it's pretty clear that what Michael Brown did was a crime.

But, as I say, this is about much more than Brown and Wilson and what happened on the streets of Ferguson that left Brown dead.

This is about whether, in the end, all American citizens feel the criminal justice systems we create are fair to everyone. It's about the burdens that young African-Americans feel consistently because of their skin color and residual societal prejudice related to that color -- the burden of being judged and feared, the burden of believing that no matter what the Constitution says there remain unfair obstacles to their success. (And, no, President Barack Obama's election and re-election did not undo all those obstacles. Ferguson is more evidence that we don't yet live in a post-racial society.) 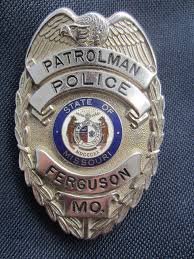 Many white people don't want to hear this, but what scholars and sociologists call white privilege exists and it creates many problems. Many white people also don't want to be reminded that almost 150 years after the end of the Civil War and, thus, the end of slavery, the ripple effects of slavery -- often called America's original sin -- continue to affect all of us.

As President Obama said the night of the announcement about the grand jury's decision, it would be foolish to deny that there's been racial progress in America in recent decades. But bigotry and disgusting racism still can be found not far below the surface. Look at almost any unmoderated comment section of any blog that focuses on current affairs for proof.

But the answer to all of this is not some kumbya, Rodney King naive hope that we can all just get along -- just as the answer is not to jail everyone who jaywalks, especially people of color.

The answer has more to do with recognizing our own capacity for evil and our own complicity in what is wrong and unfair in society. It has more to do with everyone of all races working to make sure that the laws are just and fair, meaning, among other things, that African-Americans and other minorities must themselves get more engaged in the political system not just as voters but also as elected officials and engaged in the criminal justice system as police officers and judges and lawyers and prosecutors. To fix the system they must be part of it.

It also means that our society must raise up the Martin Luther Kings, the Mahatma Gandhis, the Desmond Tutus, the Nelson Mandelas that we need as prophetic voices to call us to do what is right and just and fair and loving.

Every major world religion preaches respect for all people and more -- all the way to preaching love of and for all people. But we all know that sometimes those religions get subverted so that people use them as tools of division, excuses for prejudice and guarantors of special privilege. When that happens, clear-thinking adherents of those distorted religions must speak out and work to right their ships.

The afternoon before the grand jury's decision was announced, I visited an old friend, a white man who grew up in Ferguson in the 1940s and '50s. His father, he told me, was part of the problem when it came to good race relations there. My friend hasn't lived in Ferguson for decades, but he has a special place in his heart for it and prays that the current residents there can find their way to some kind of harmony and fairness.

But where is "there" now? It's not just within the legal boundaries of the municipal corporation known as Ferguson, Mo. It's anywhere we live in the U.S., for now we all live in Ferguson. I am because you are because we are.

(The photo found at the top of this page I found here.)

On his visit to Turkey, Pope Francis spoke against "fanaticism and fundamentalism." Ah, if only words alone would counter unhealthy religion. Still, I'm glad he is saying what he's saying.