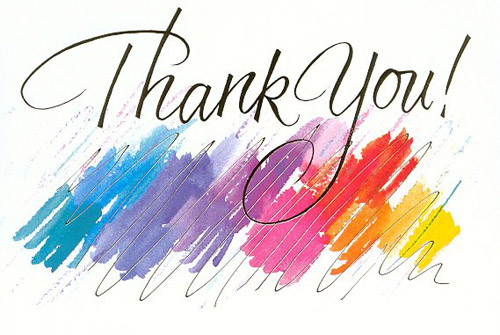 Or, as they say in Portuguese: Obrigado.

Or in Swedish: Tack.

Or in French: Merci.

Or Latin: Deo gratias. (But, given that Latin is a dead language, say that only to dead people.)

Which covers only a few of the roughly 6,500 spoken languages in the world -- each one representing a people who know they need, sometimes, a word to express gratitude. What a concept. Pass it on.

And if you're looking for a feel-good Thanksgiving story about someone willing to give to others, I've got you covered right here. After you read it, go and do something likewise.